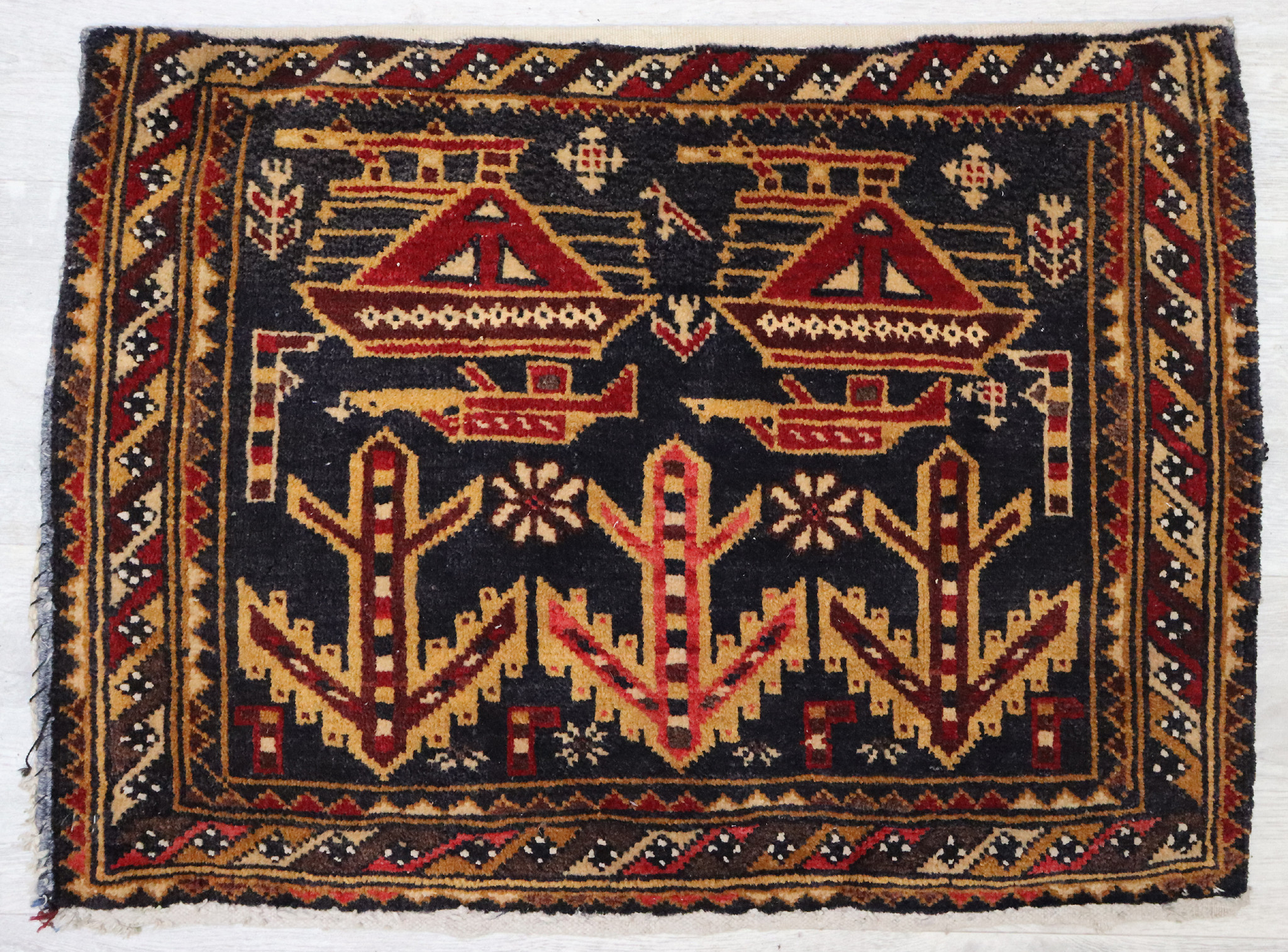 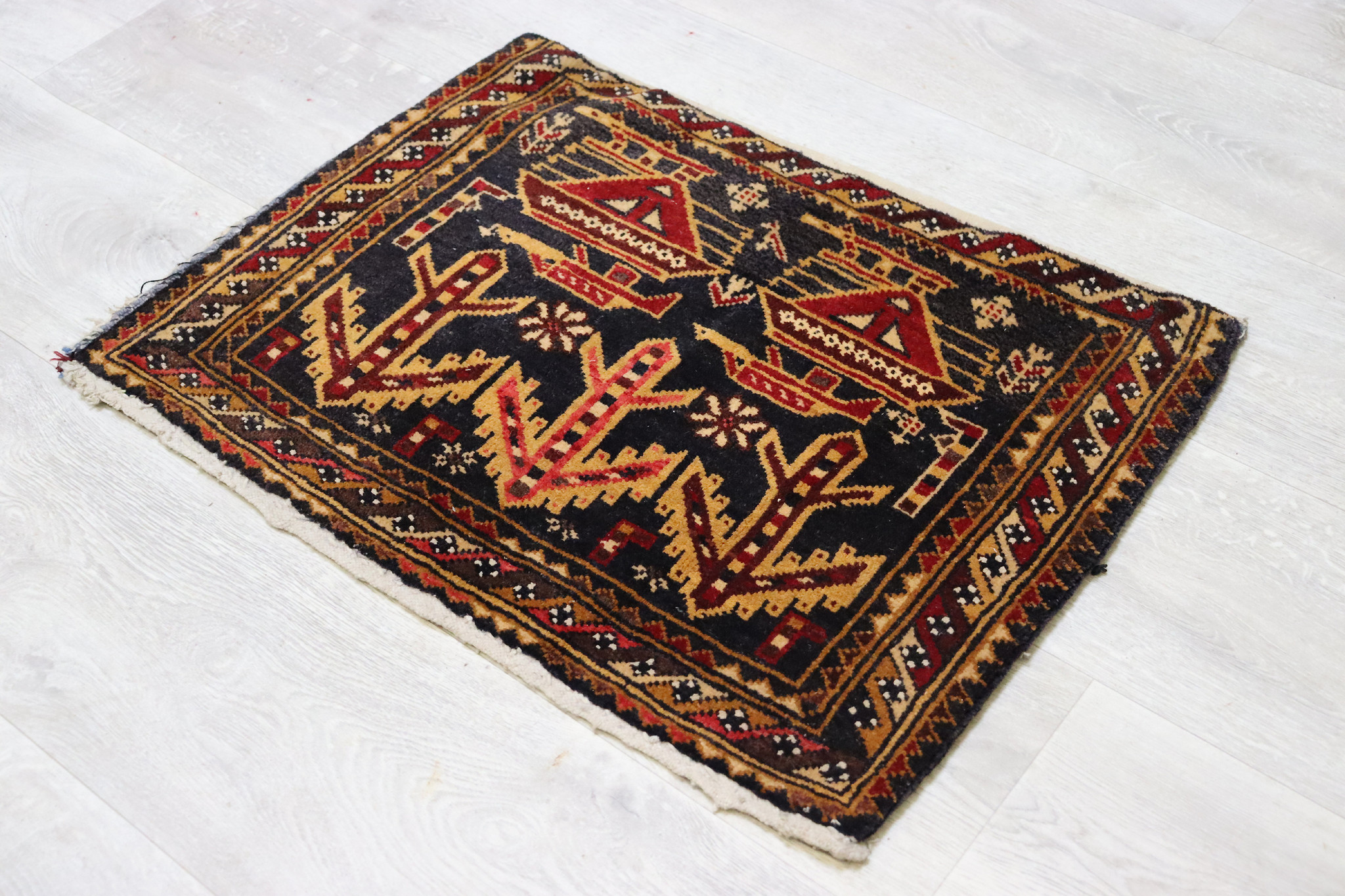 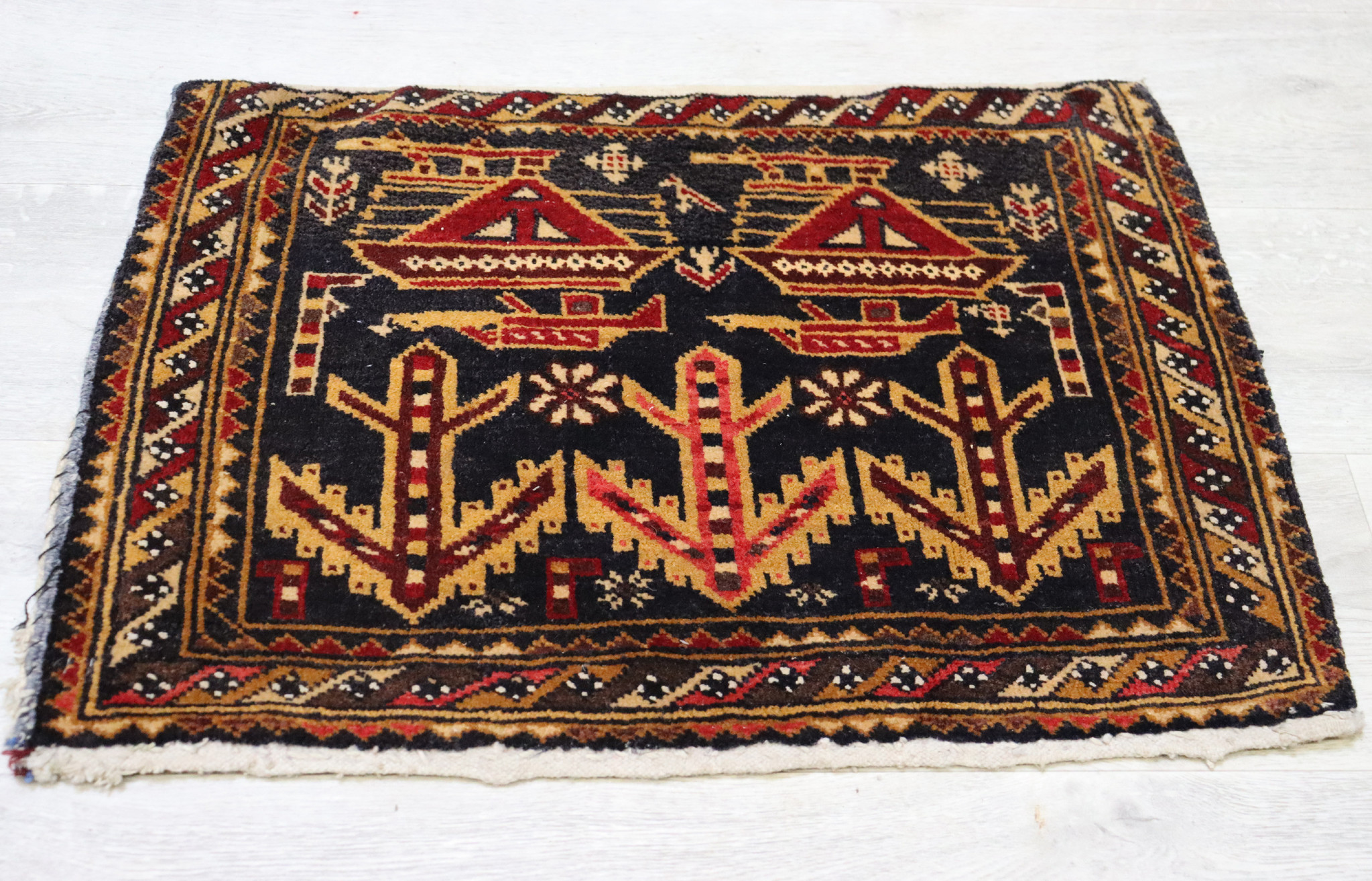 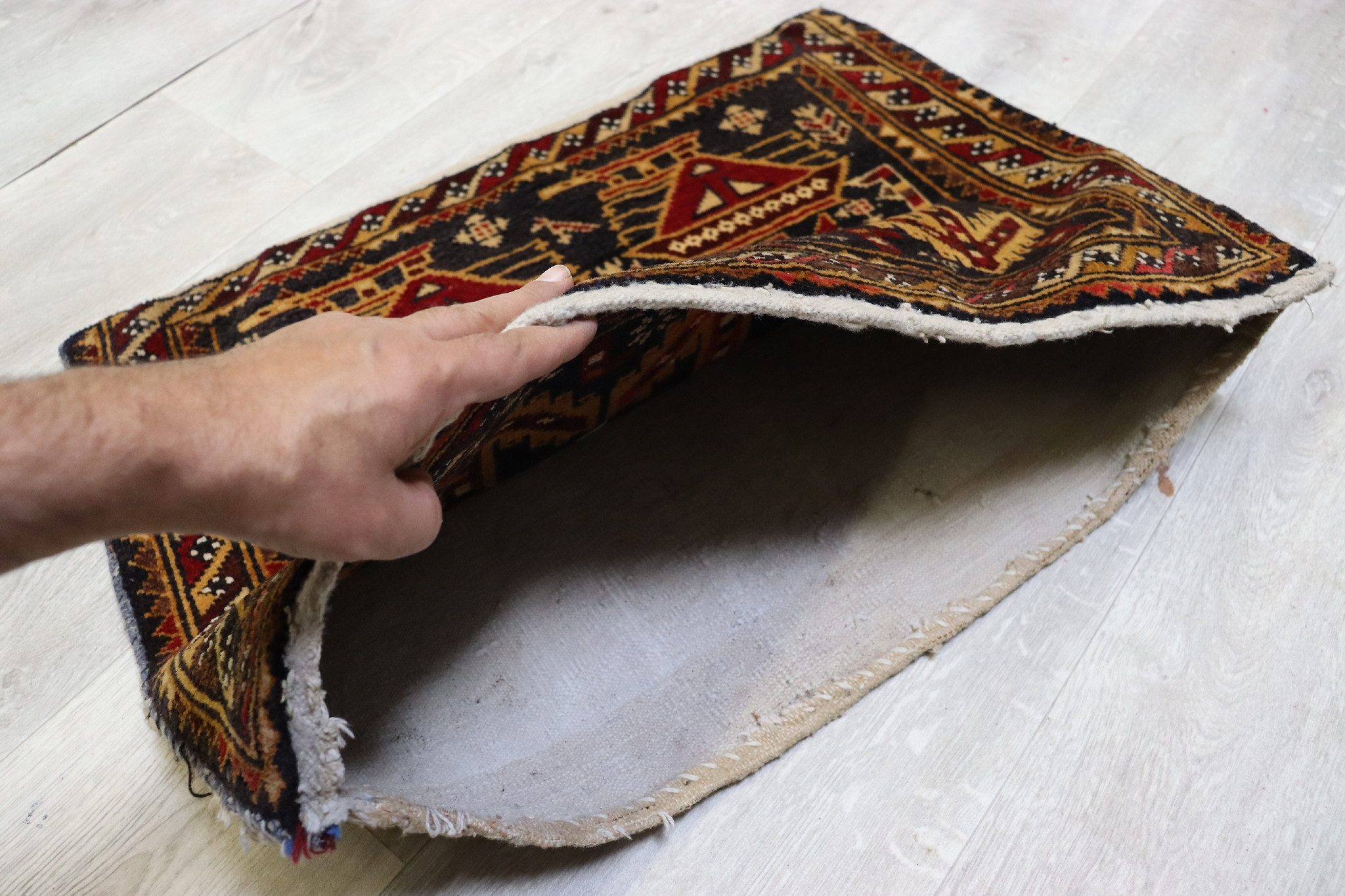 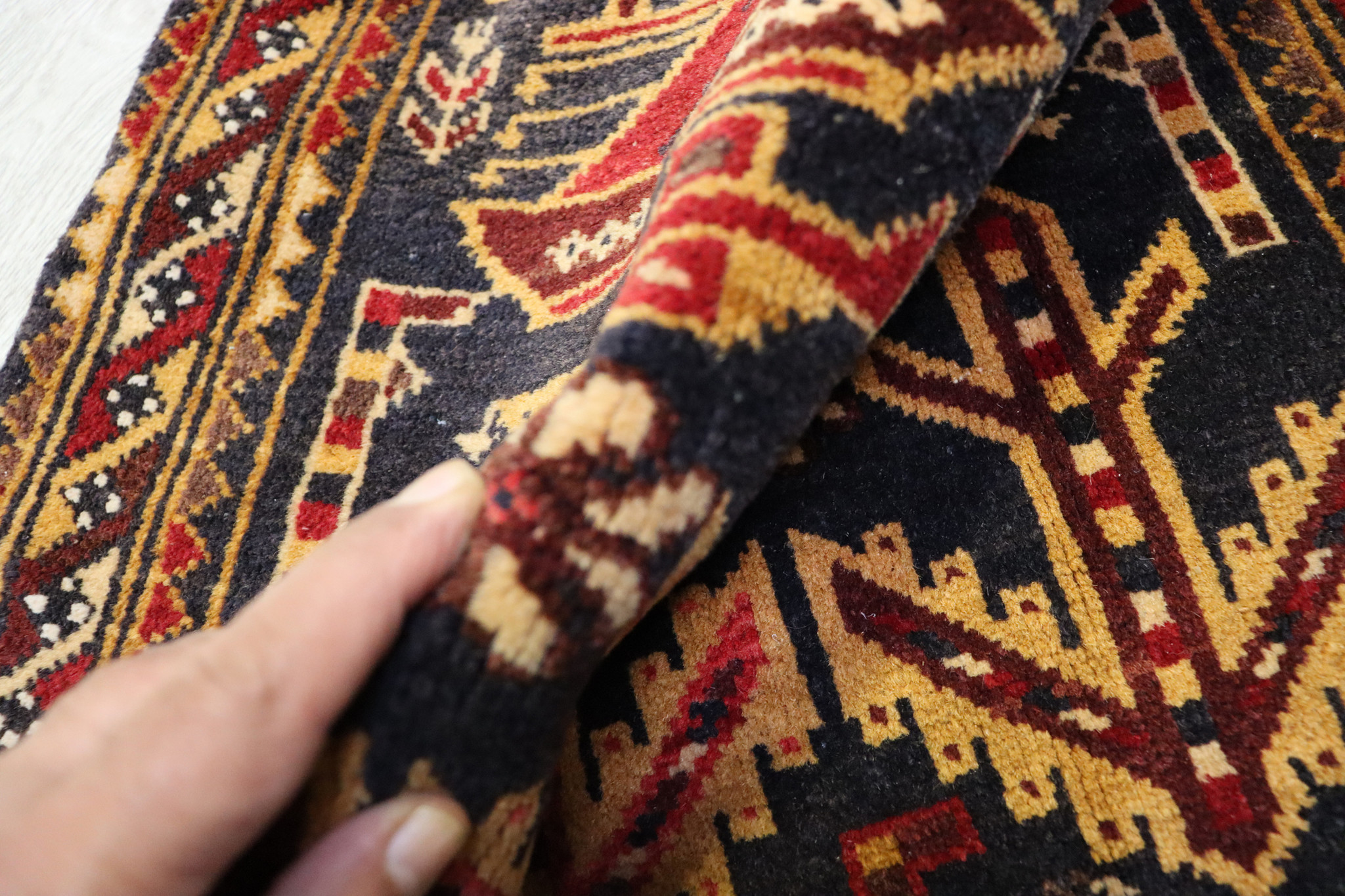 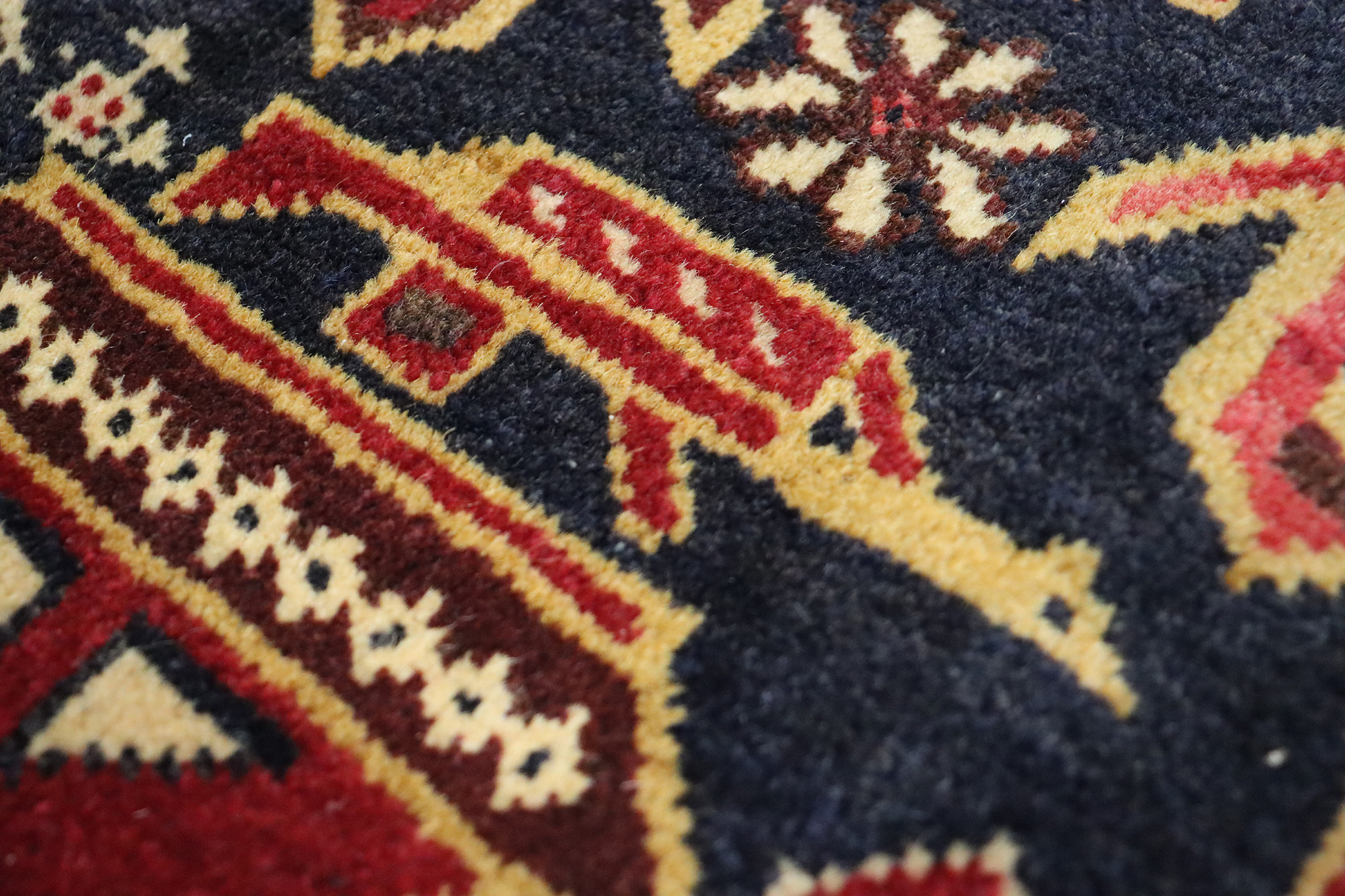 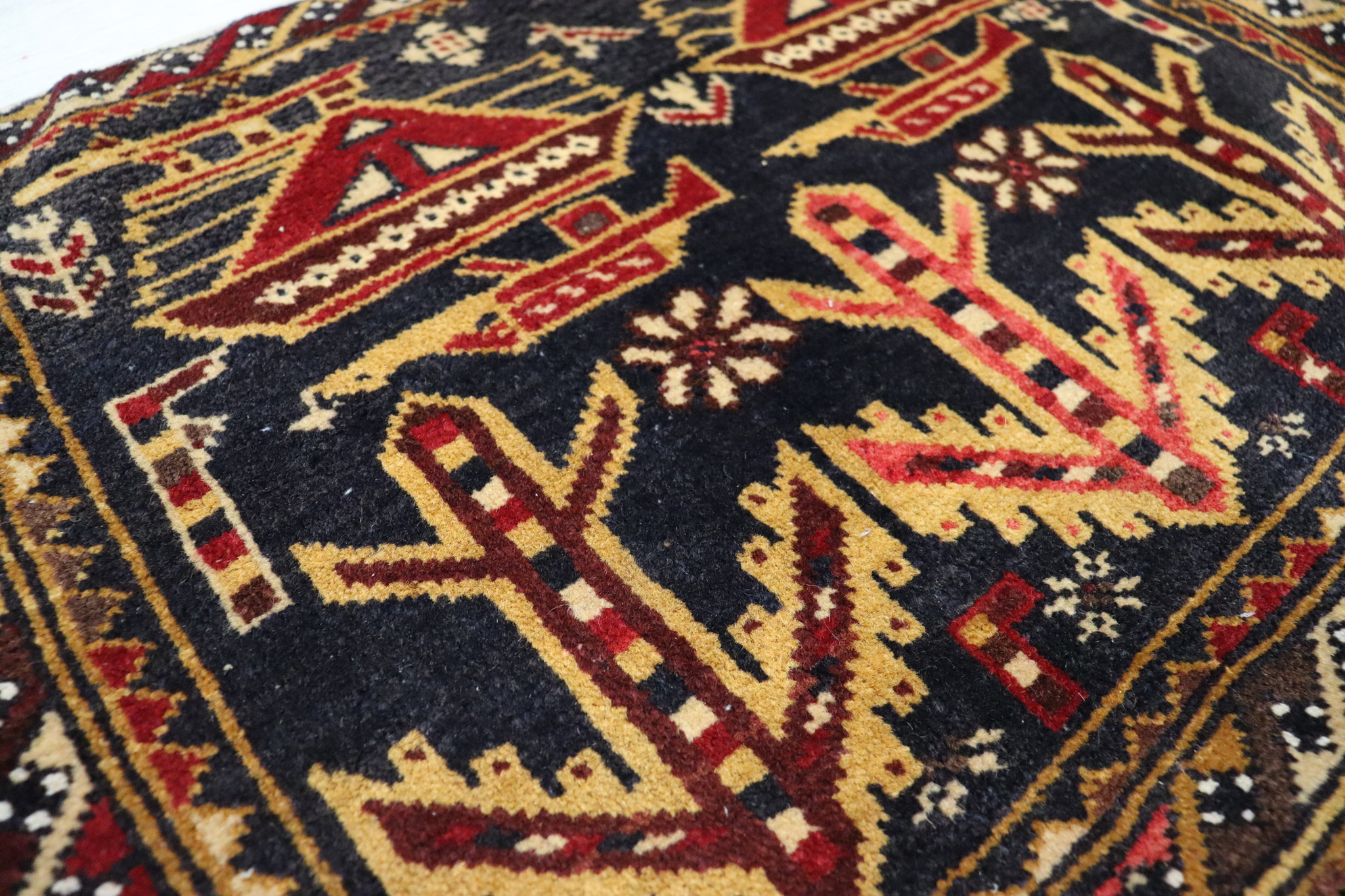 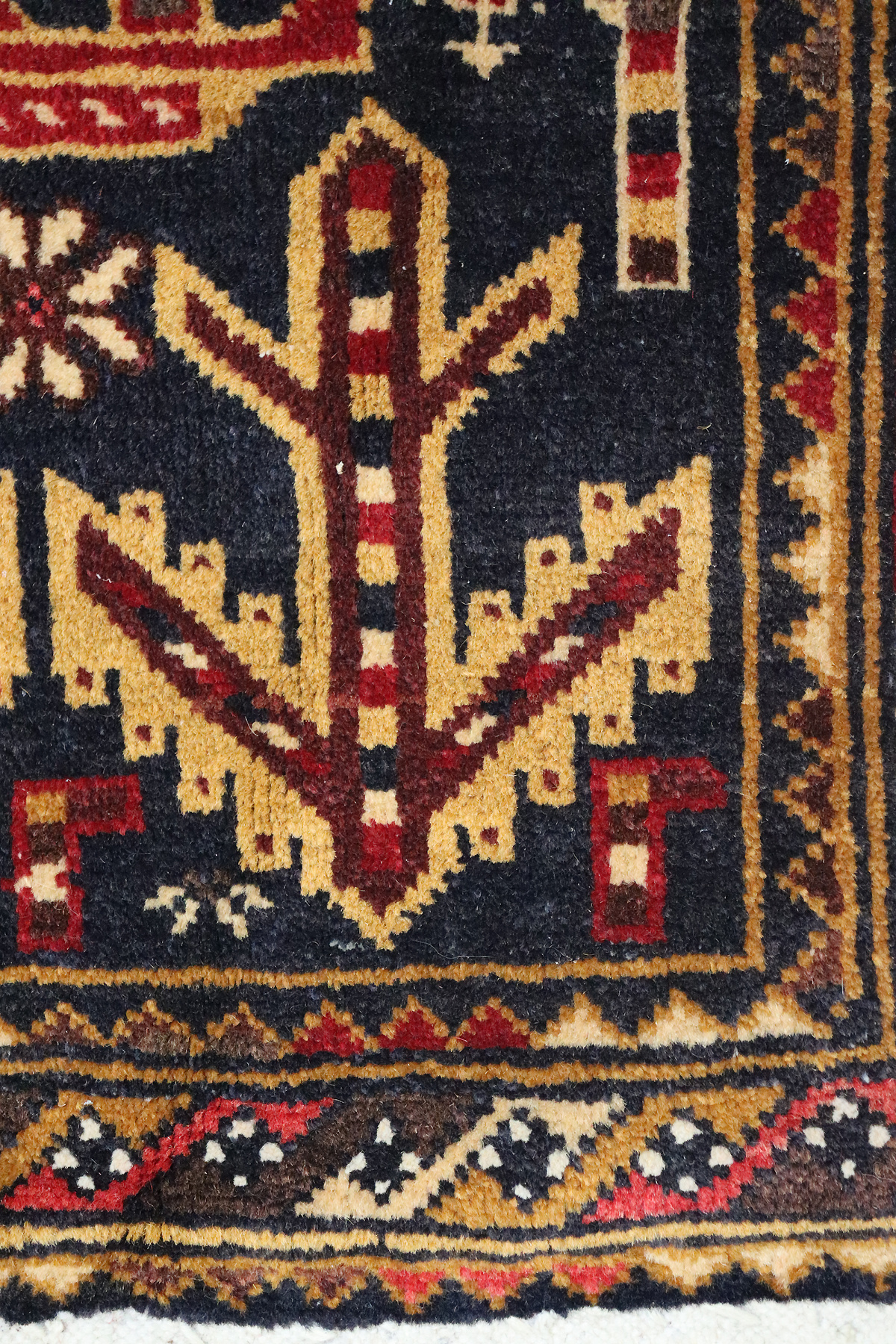 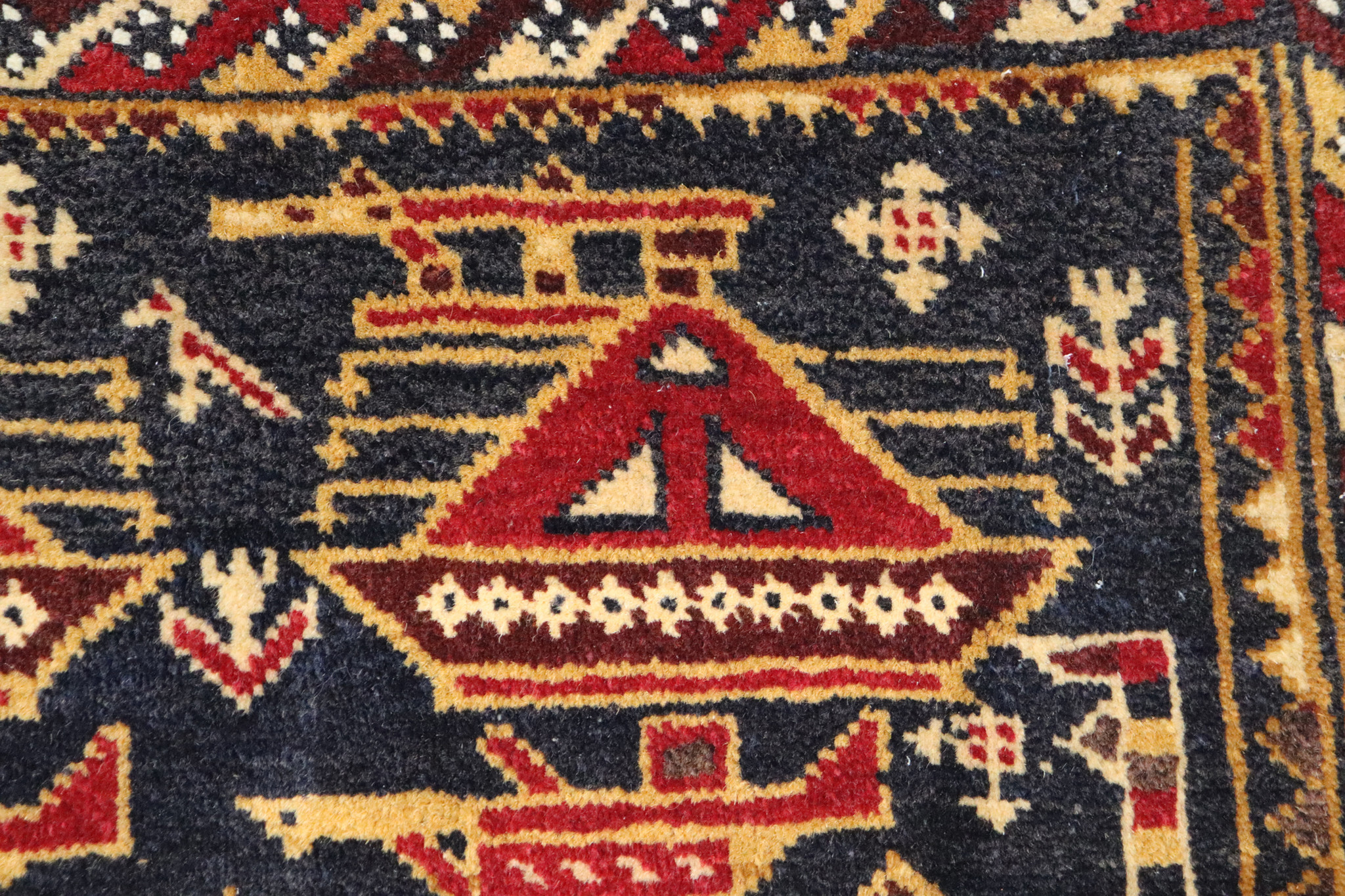 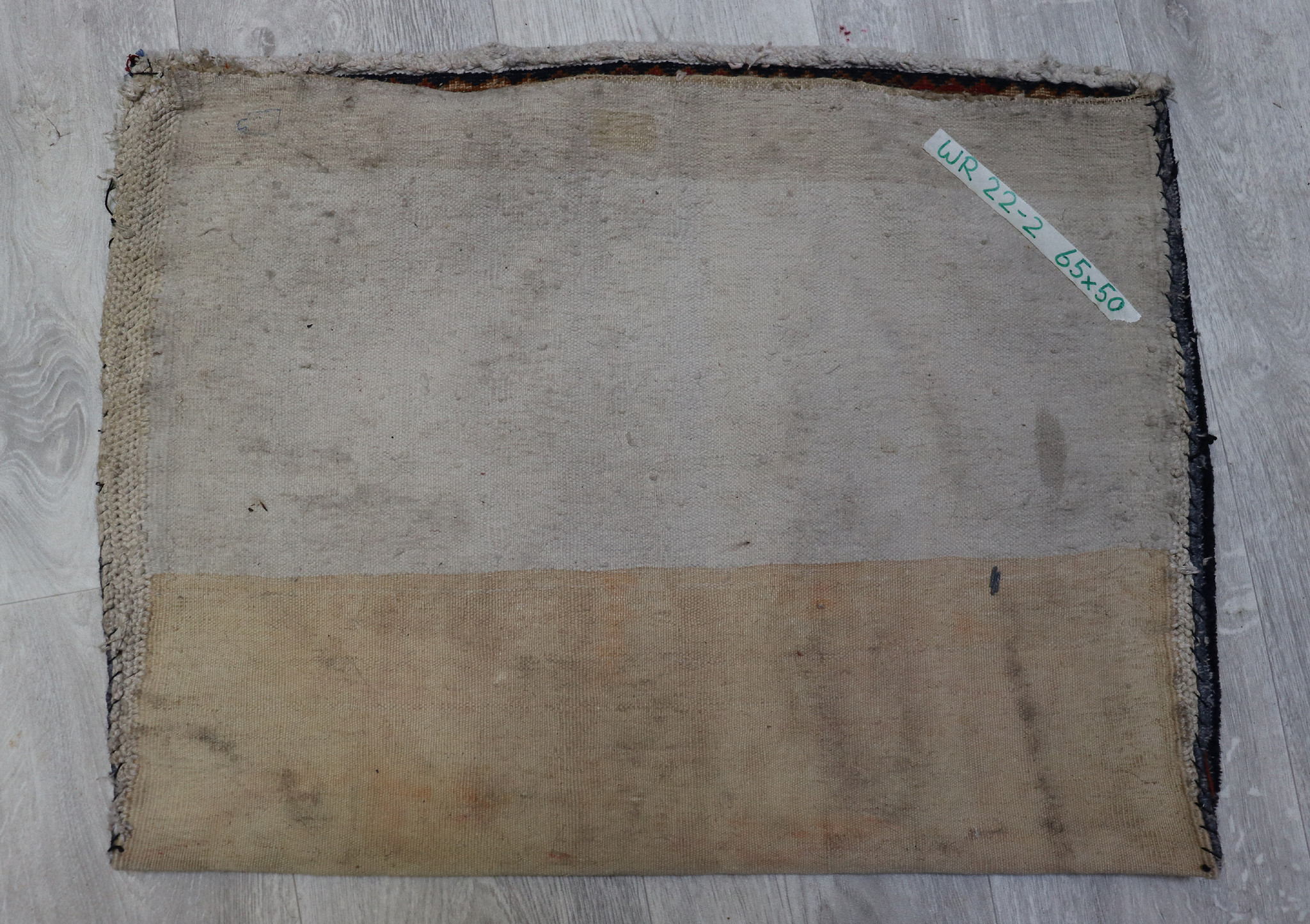 The war rug tradition of Afghanistan has its origins in the decade of Soviet occupation of Afghanistan from 1979, and has continued through subsequent military, political and social conflicts. Afghan rug-makers began incorporating the apparatus of war into their designs almost immediately after the Soviet Union invaded their country. They continue to do so today in the wake of the United States' 2001 invasion of Afghanistan which ousted the Taliban government but has failed to bring an end to violence in the country. The rugs produced in response to these events are among the world's richest traditions of war art of the late 20th and early 21st centuries.

The terms Baluch and war rug are generalisations given to the genre by rug dealers, commercial galleries, collectors, critics and commentators. The distinctive characteristic of these rugs is their capacity to convey their makers' experiences and interpretations of the circumstances and politics of war and conflict in the region.

Little is known about the circumstances of war rugs' production and distribution, or their makers' intentions.

THIS AFGHAN BALOCHI WARRUG IS GUARANTEED TO BE AUTHENTIC FROM RUSSIAN INVASION PERIOD OF AFGHANISTAN, AND NOT REPRODUCTIONS.