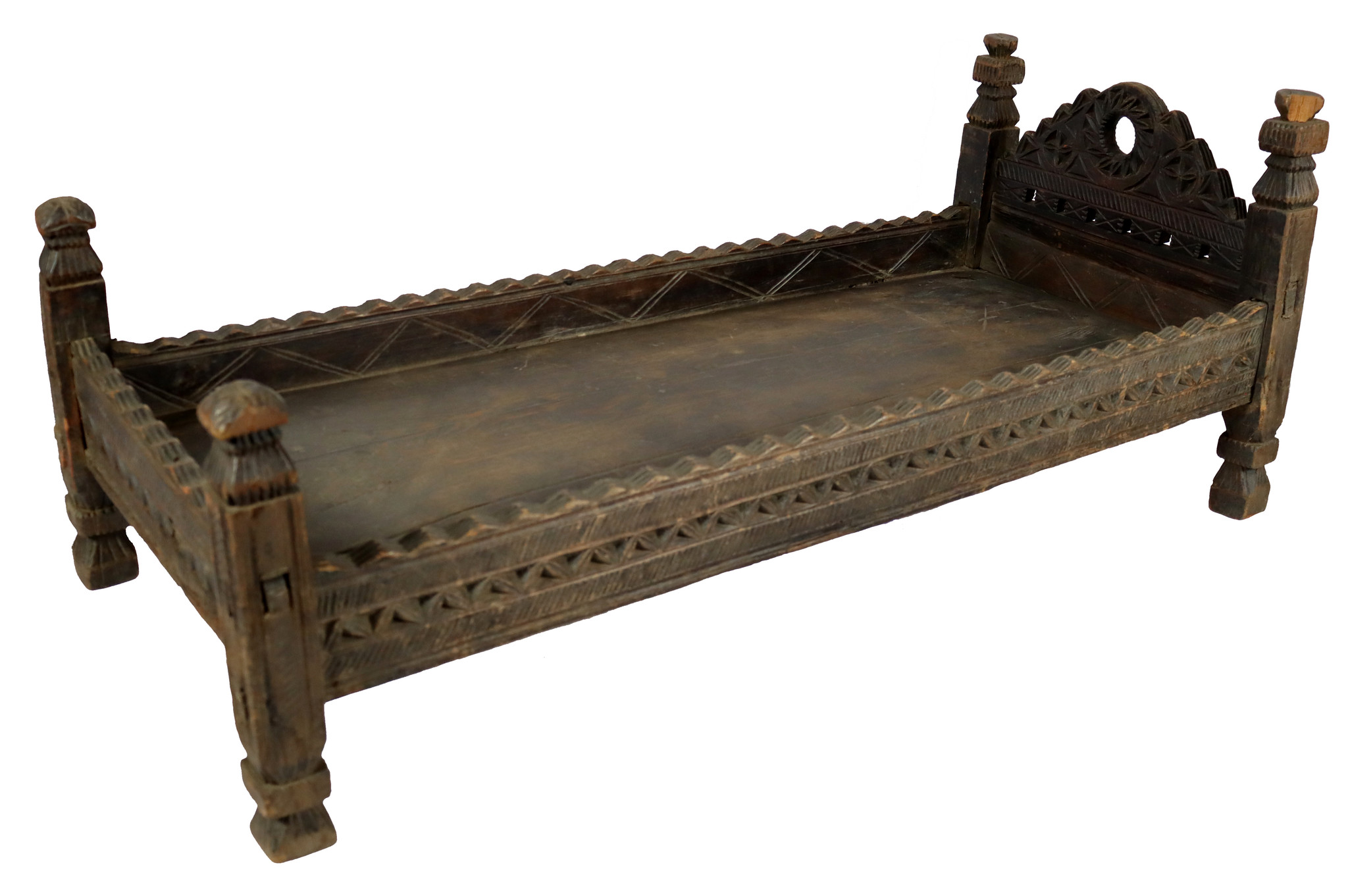 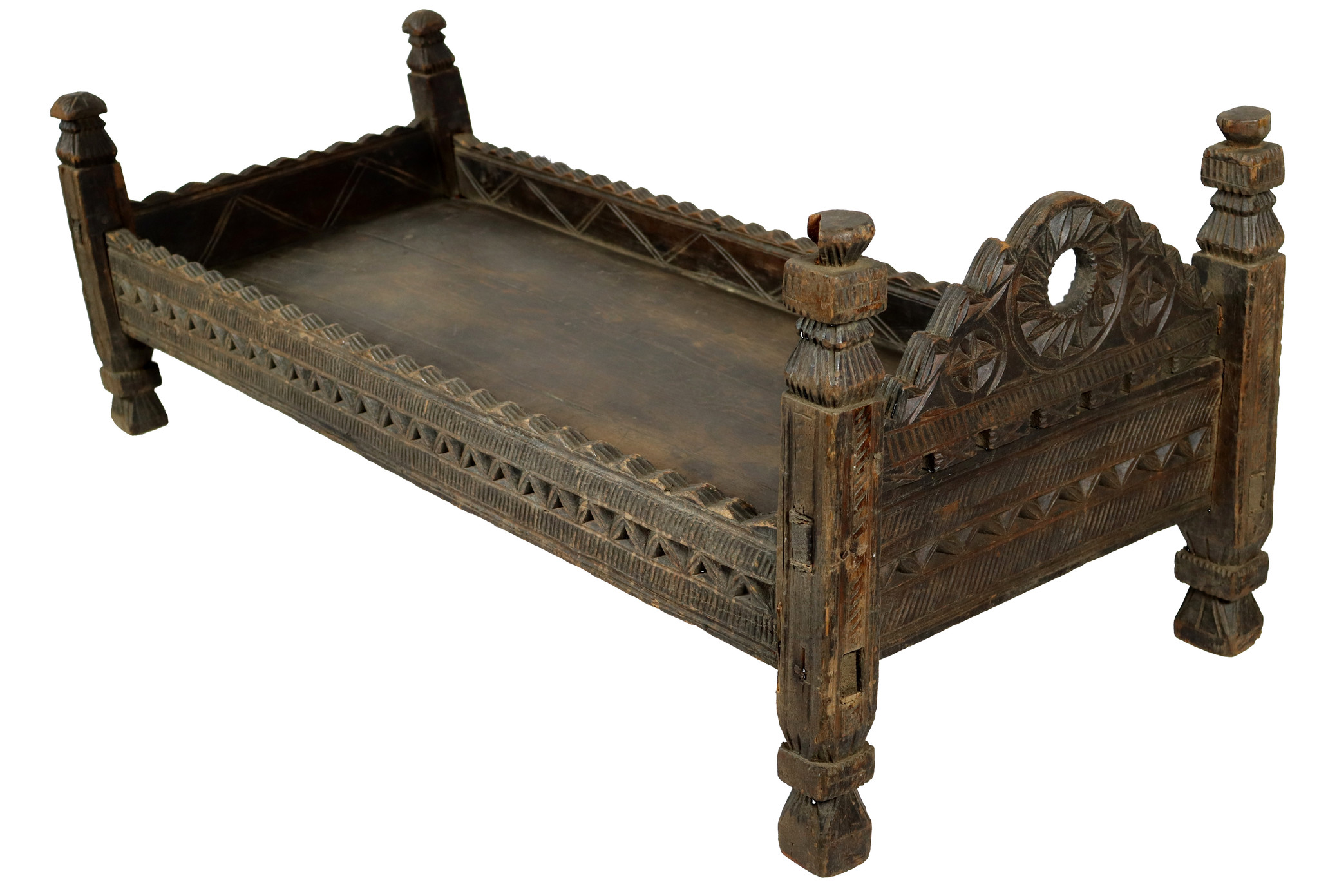 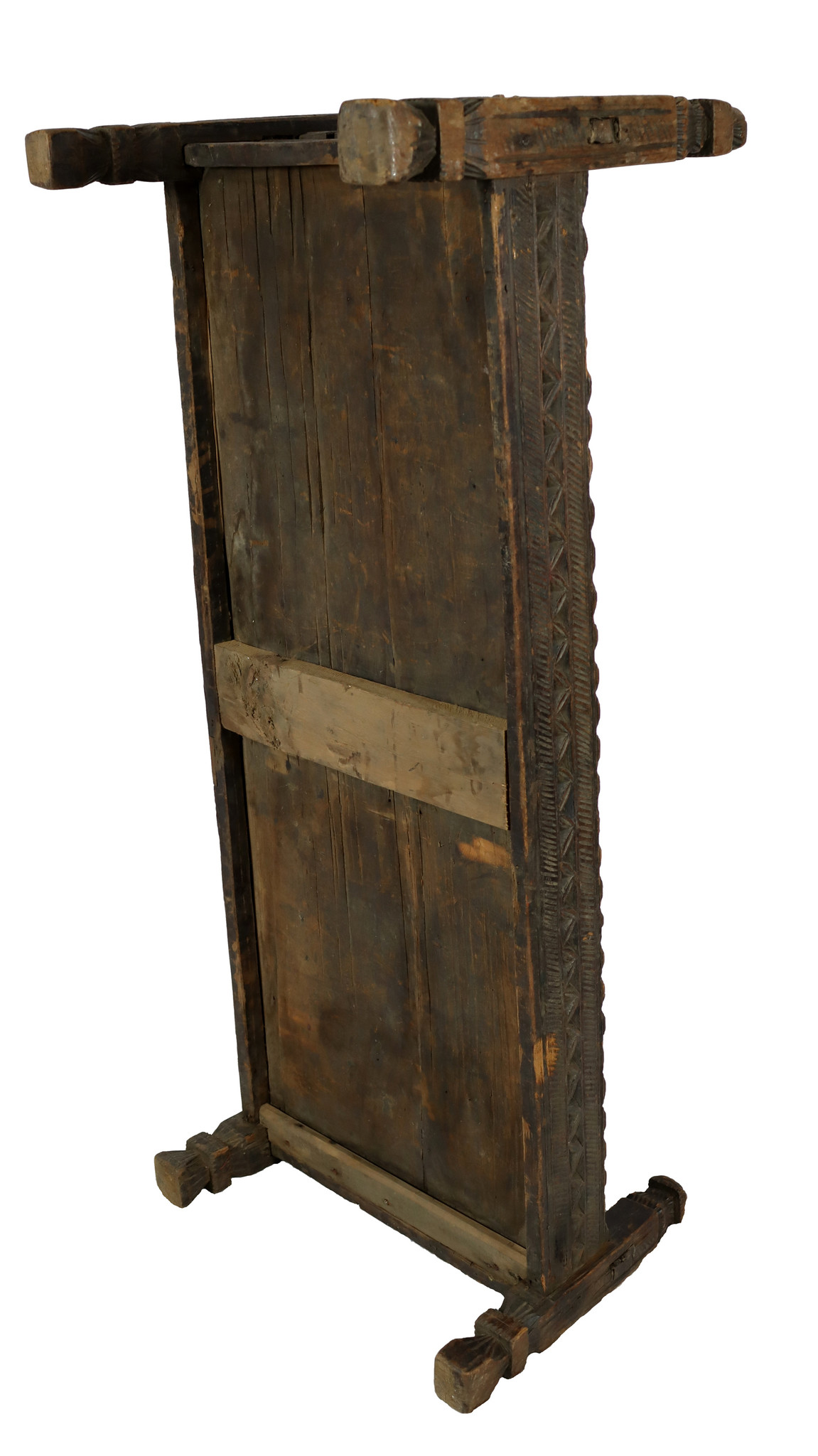 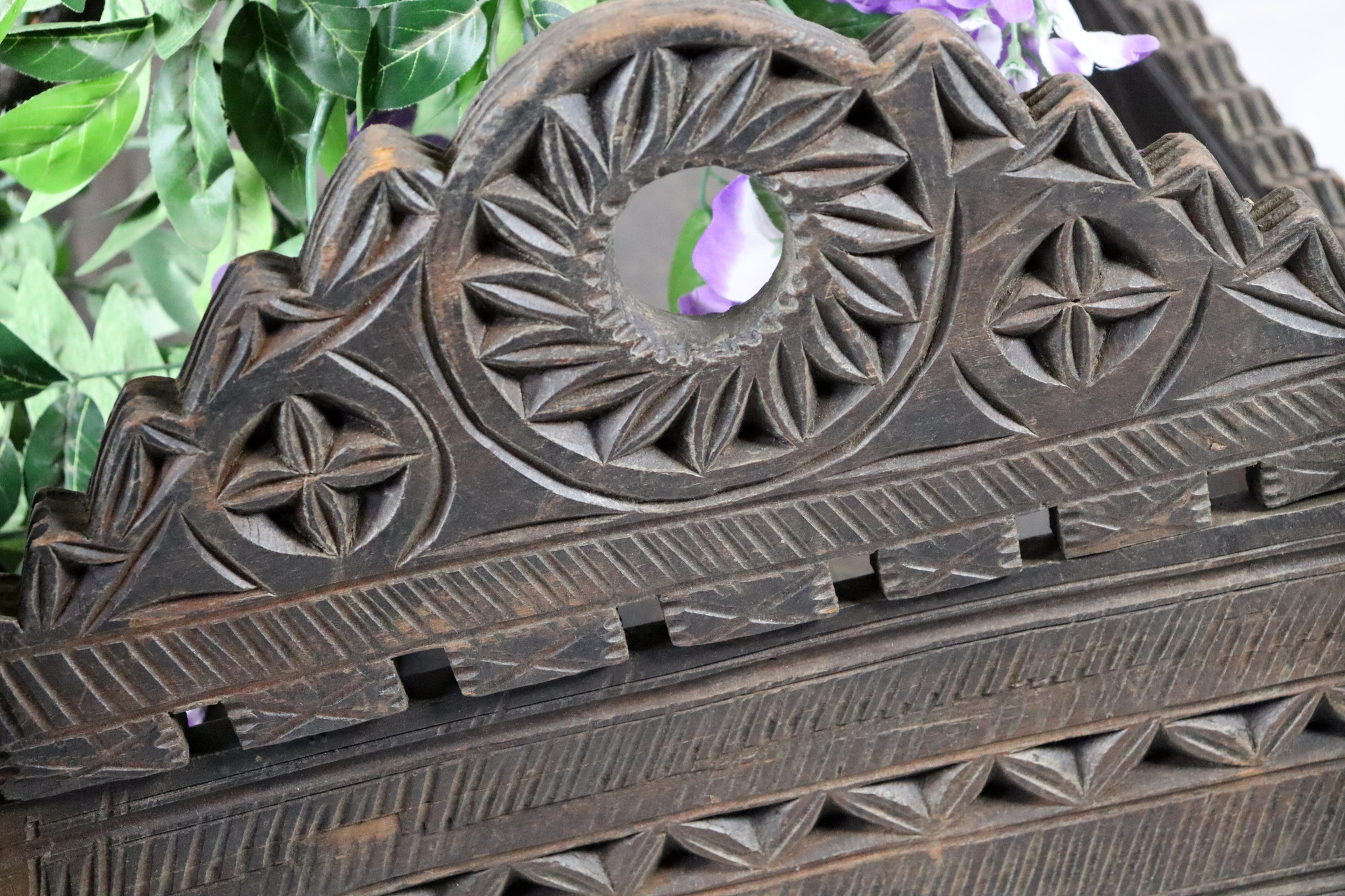 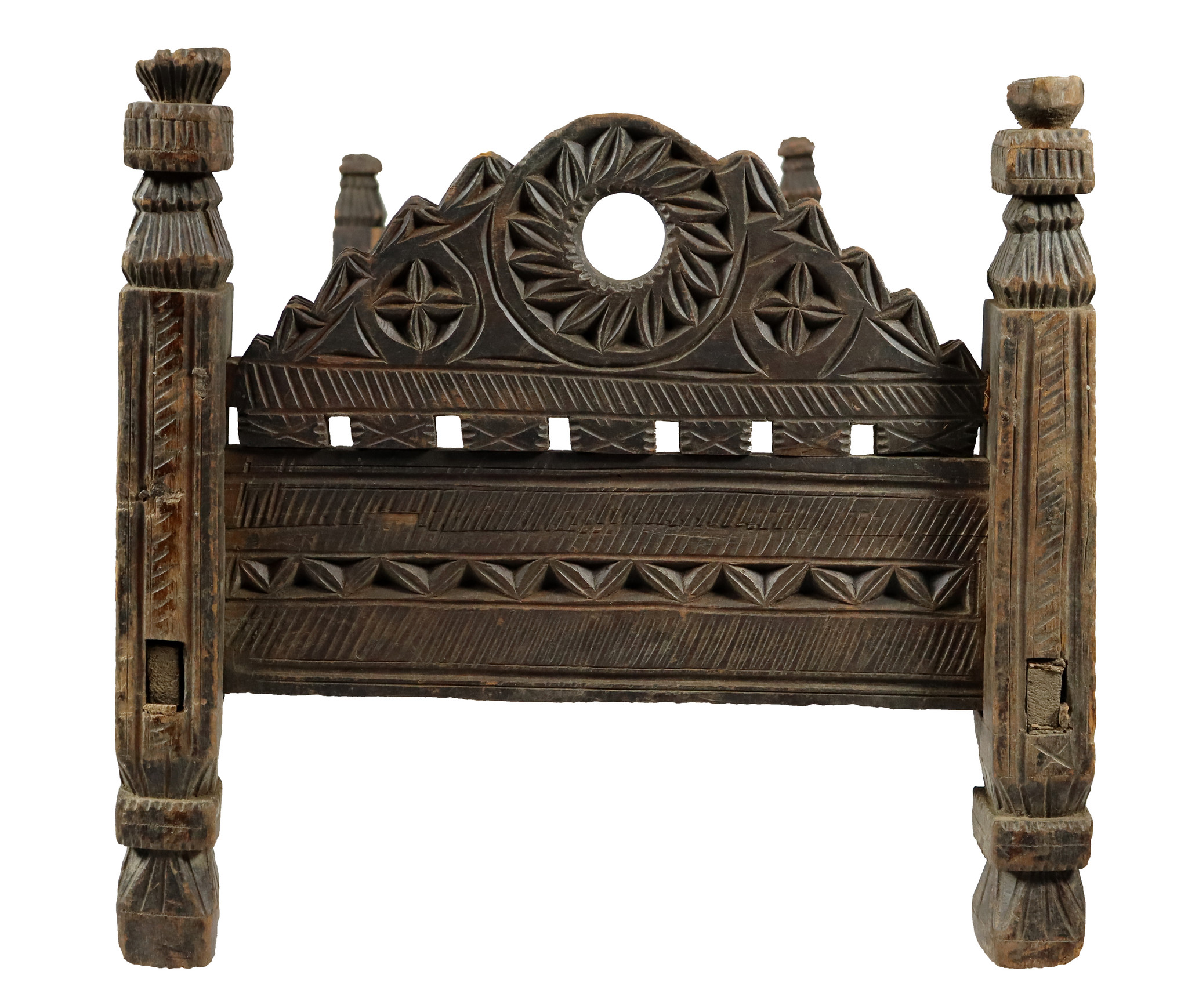 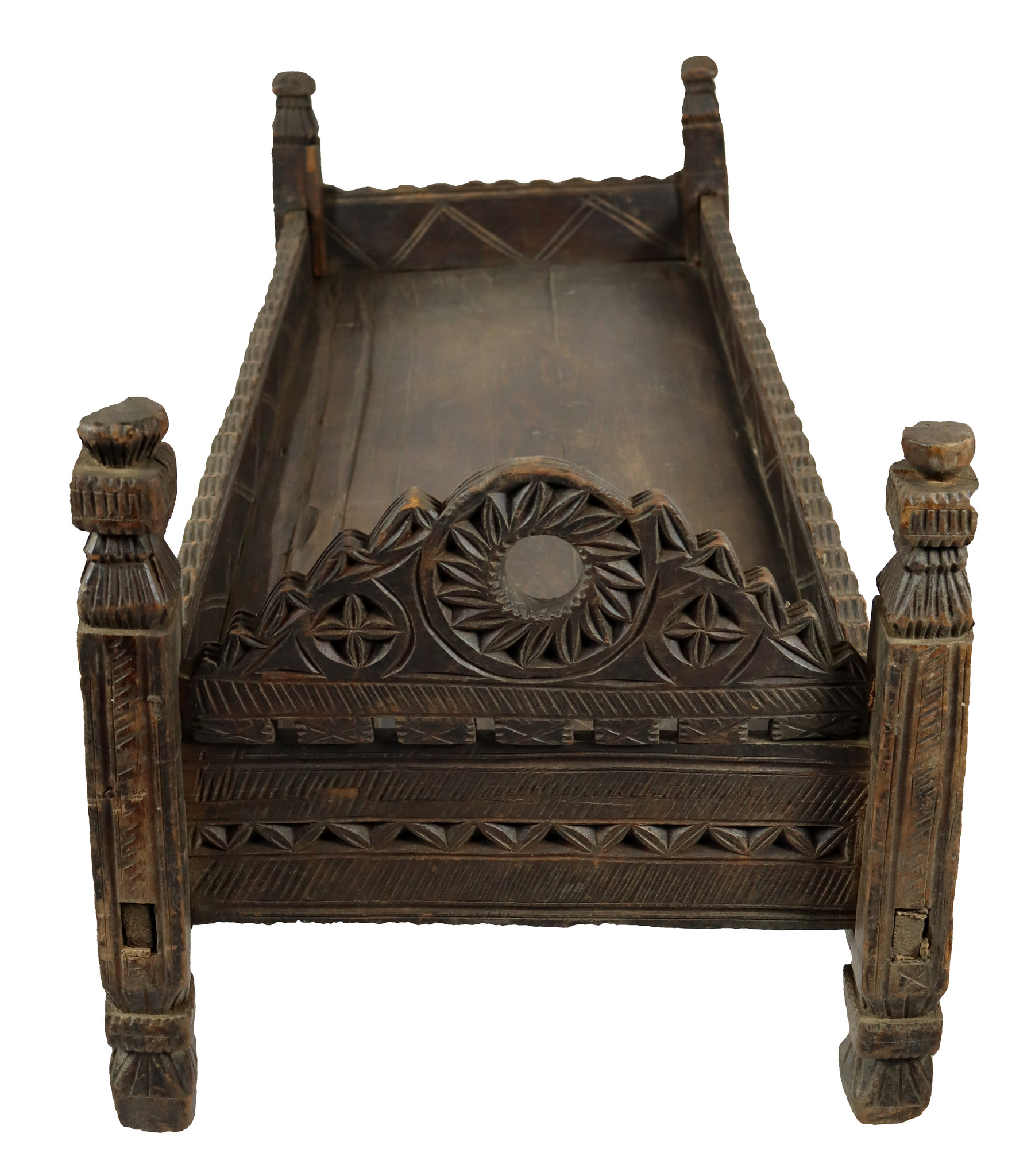 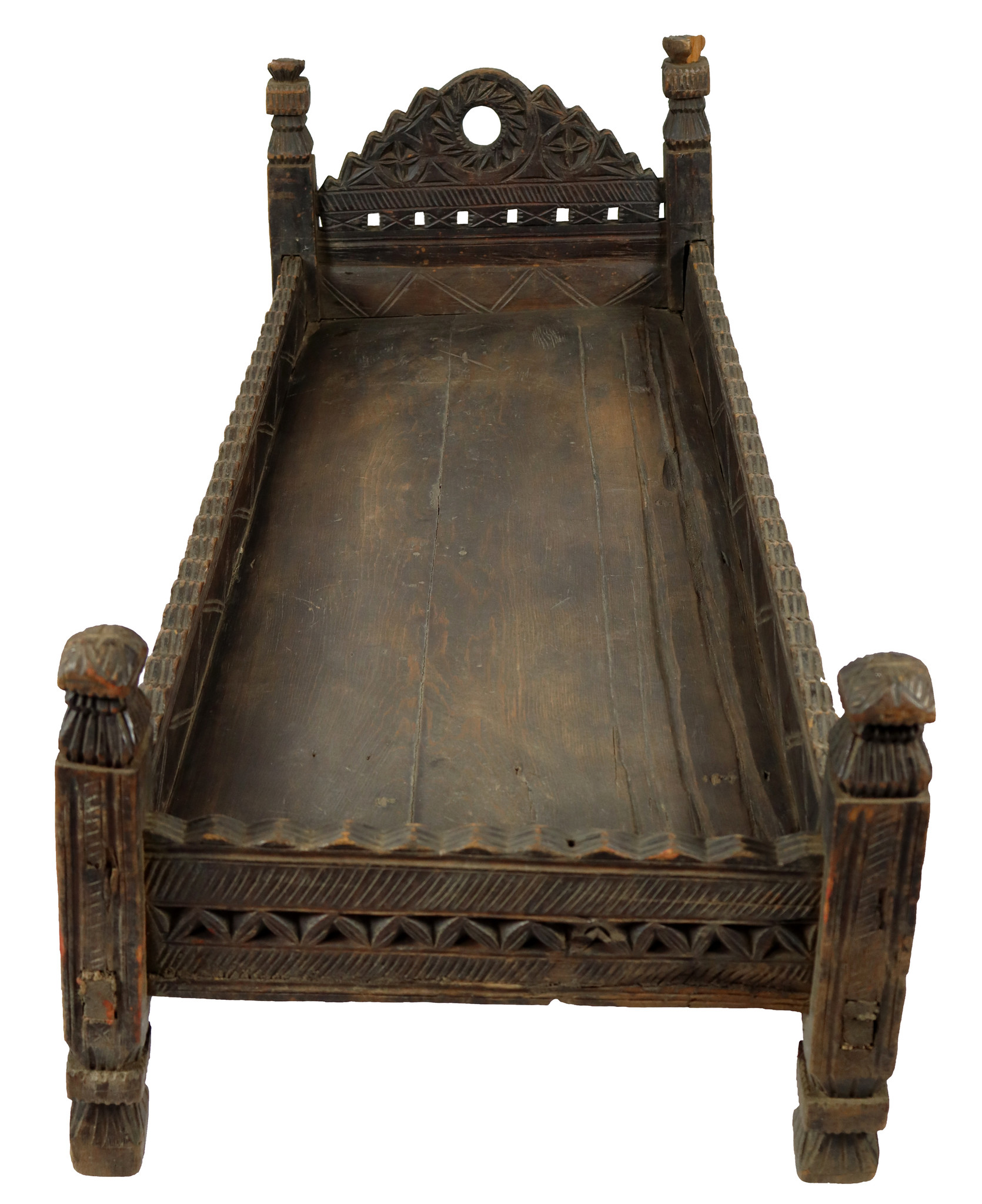 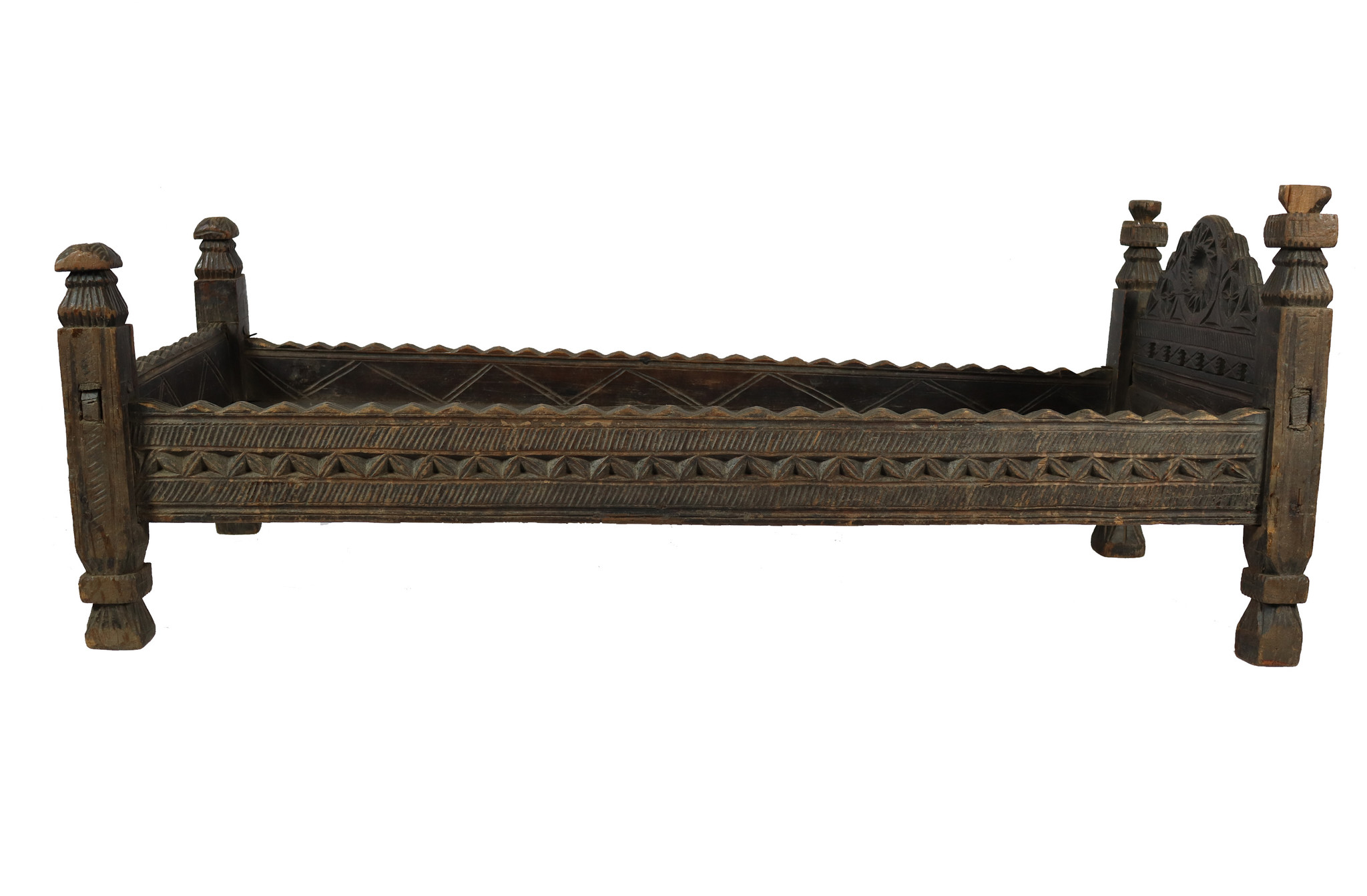 The ‘prayer rug’ from all Islamic cultures of the Orient is well known. On these knotted textiles, modelled on the outline of a ‘prayer niche’ (‘Mihrab’), the Muslim prayers are performed in the direction of Mecca at the five prayer times throughout the day. The Hindu Kush Mountains in North Pakistan are densely covered in huge forests of Himalayan cedar trees. The Pathans, as the large group of Afghan people of the Pashtuns is known in Pakistan, live in the Hindu Kush valleys. The culture of the Pathans in the upper Swat Valley in the Hindu Kush Mountains was, until a few years ago, decidedly a ‘culture of wood’. Mosques, houses and their supply of boxes, coffers, beds and everything, including the smallest spoon, was produced using Himalayan cedar wood. Therefore, in this Hindu Kush Pathan ‘culture of wood’, the fabric ‘prayer rug’ became the ‘prayer board’ made of cedar wood. It is carved in the form of a ‘prayer niche’ (‘Mihrab’). Outside of the five Islamic prayer times, the ‘prayer board’ rests upright against the wall of the living room. During the times of prayer the board is taken and placed on the floor in the direction of Mecca. It is then prayed upon and afterwards is placed once again against the wall.
The present, old ‘prayer board’ stands on four, short, round legs that are mortised with the horizontal planks of the upper section. The flat, upper prayer part is trimmed with an all-round border of carved floral and leafy tendrils. According to the prescribed shape of the prayer niche the board decreases in size above (or at the front, depending on whether the board is standing or lying) and ends there with a large, round ‘head part’. All carved from a single piece of cedar wood and lavishly carved with bands of floral and leafy tendrils in relief. A rare object with a very good, old and partly shiny patina, especially in the place where praying worshippers touched the ‘prayer board’ with their heads over many years. No significant damage.
Length: 130 cm; width: 54 cm; height: 48 cm 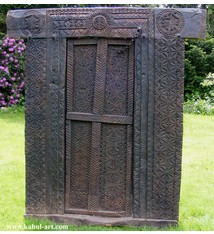