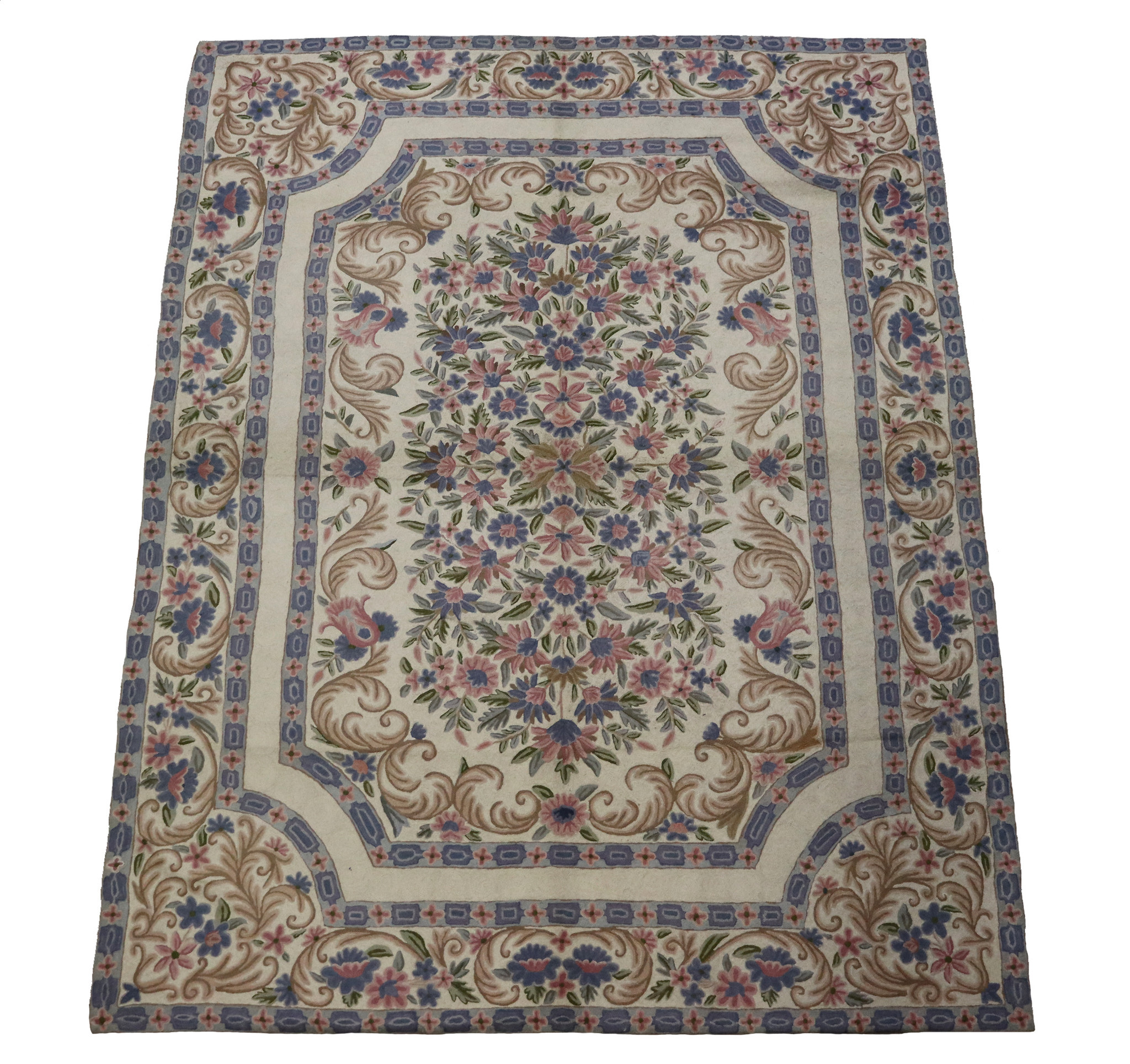 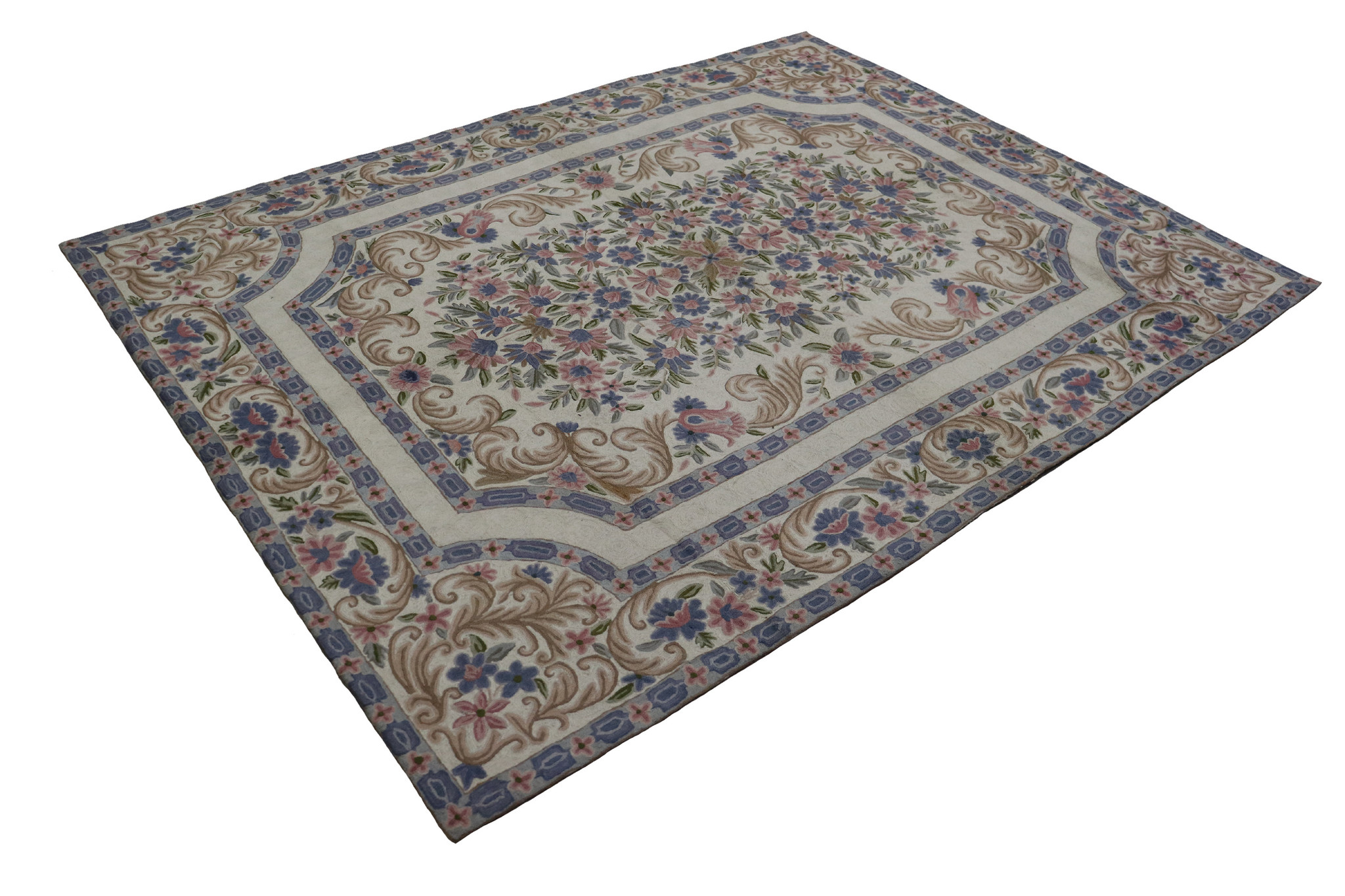 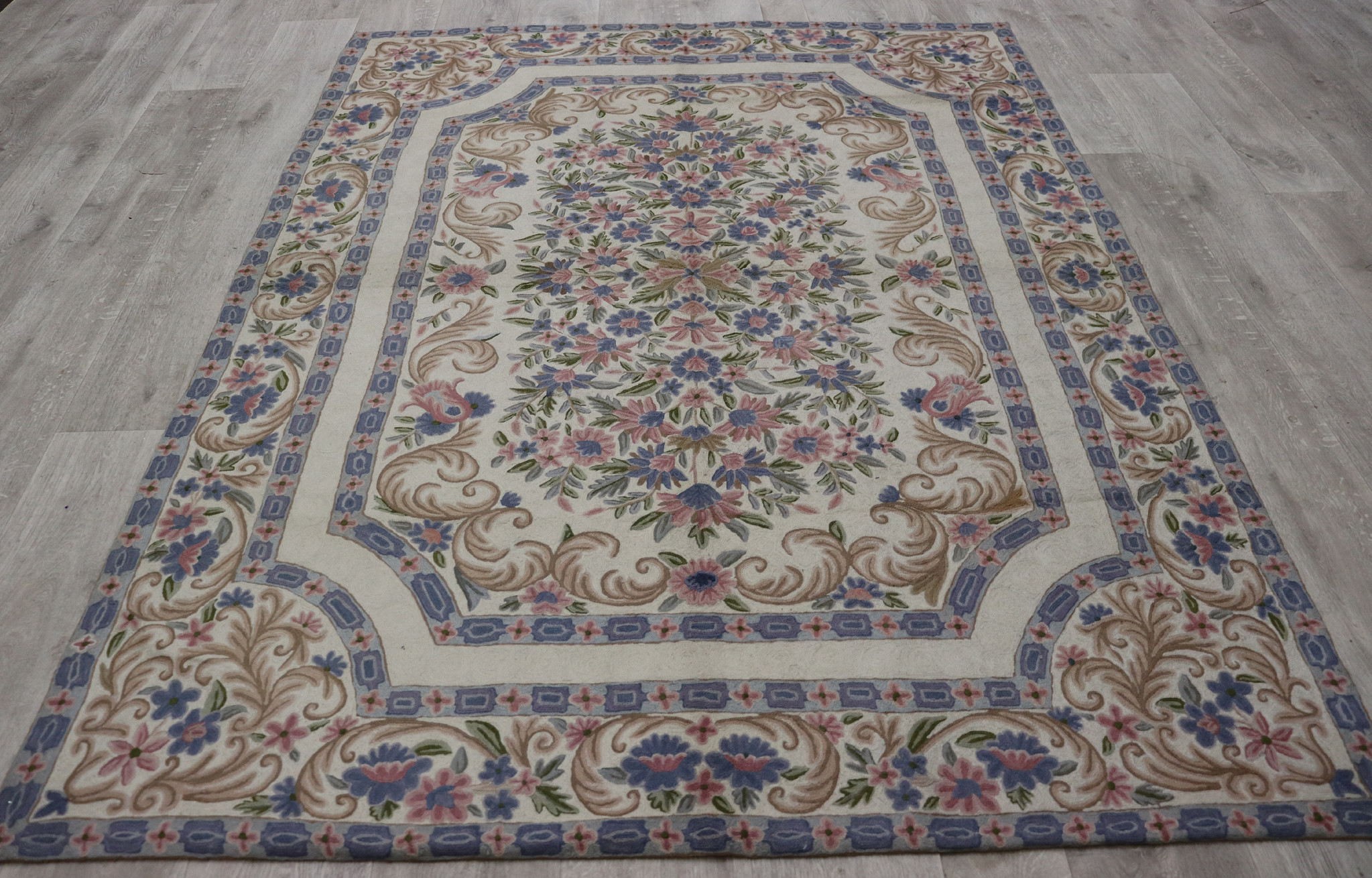 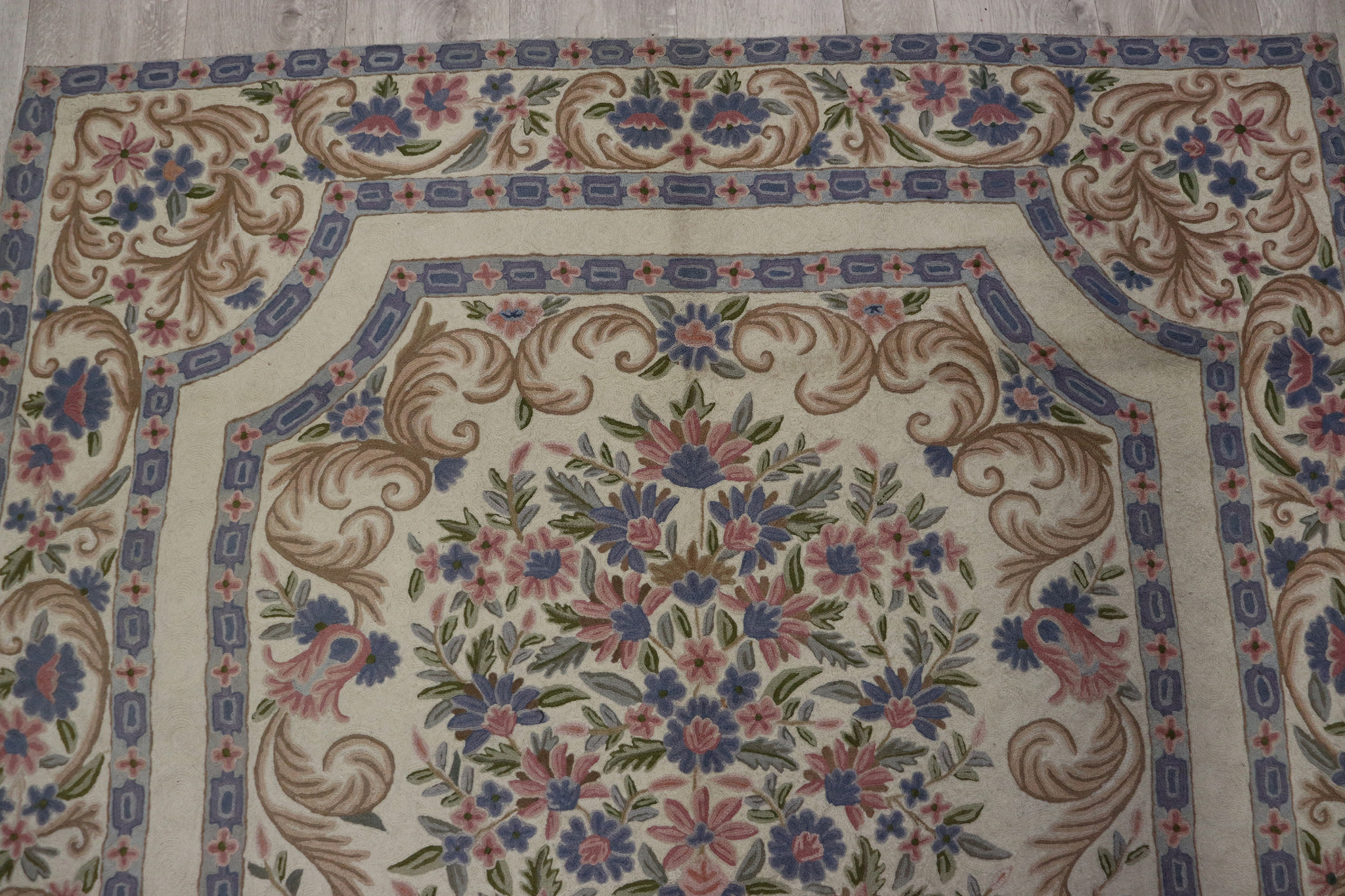 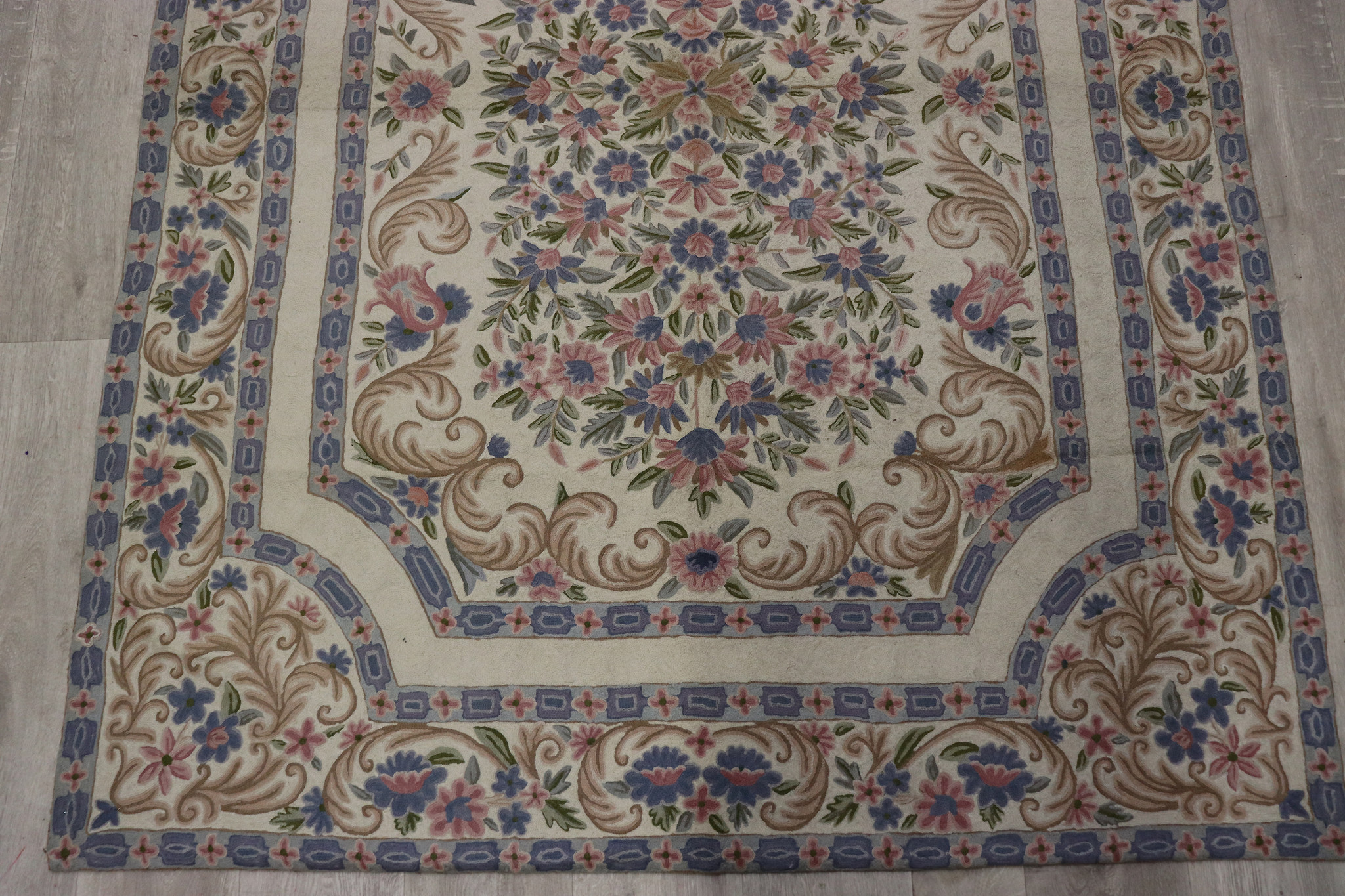 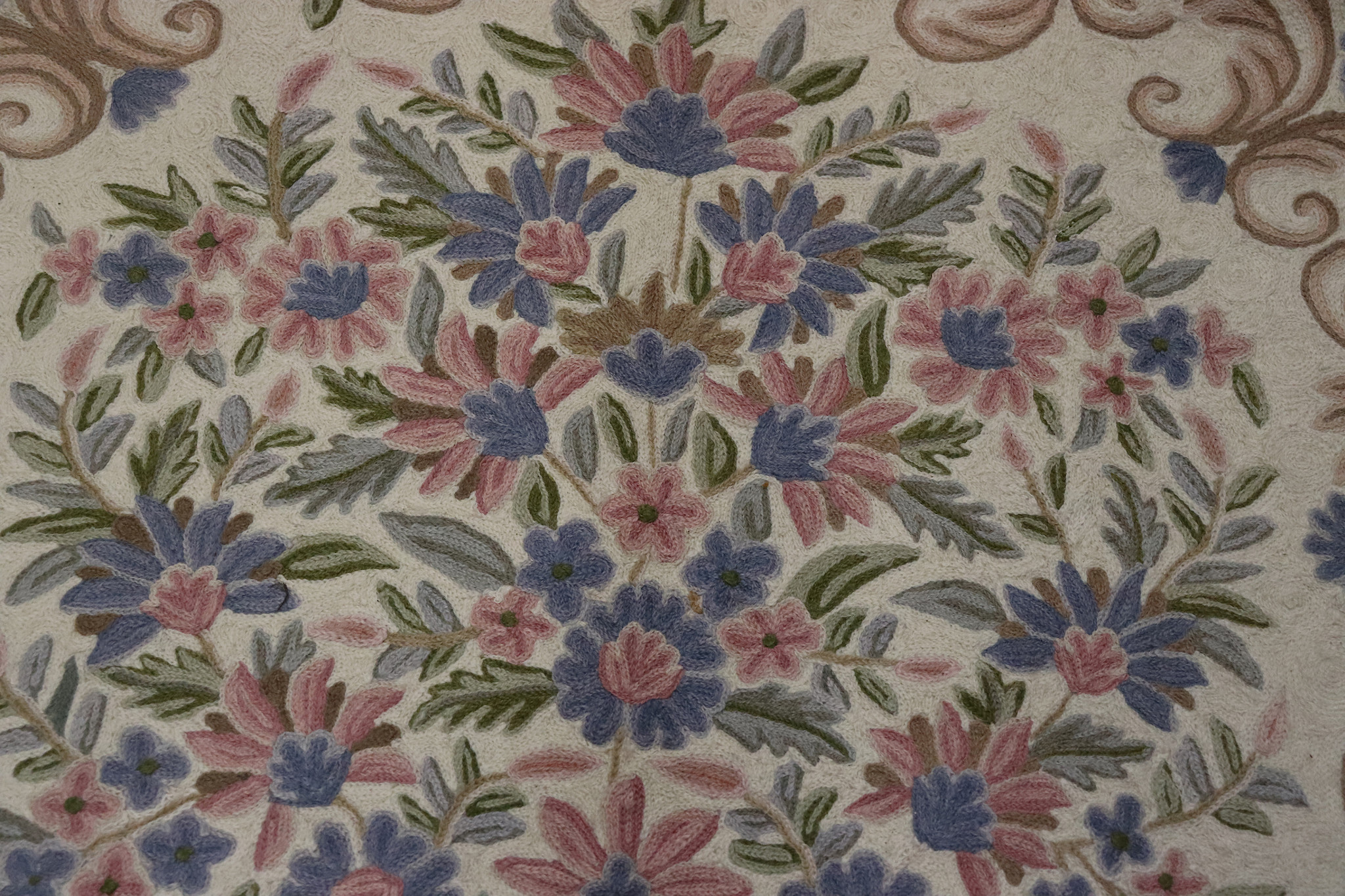 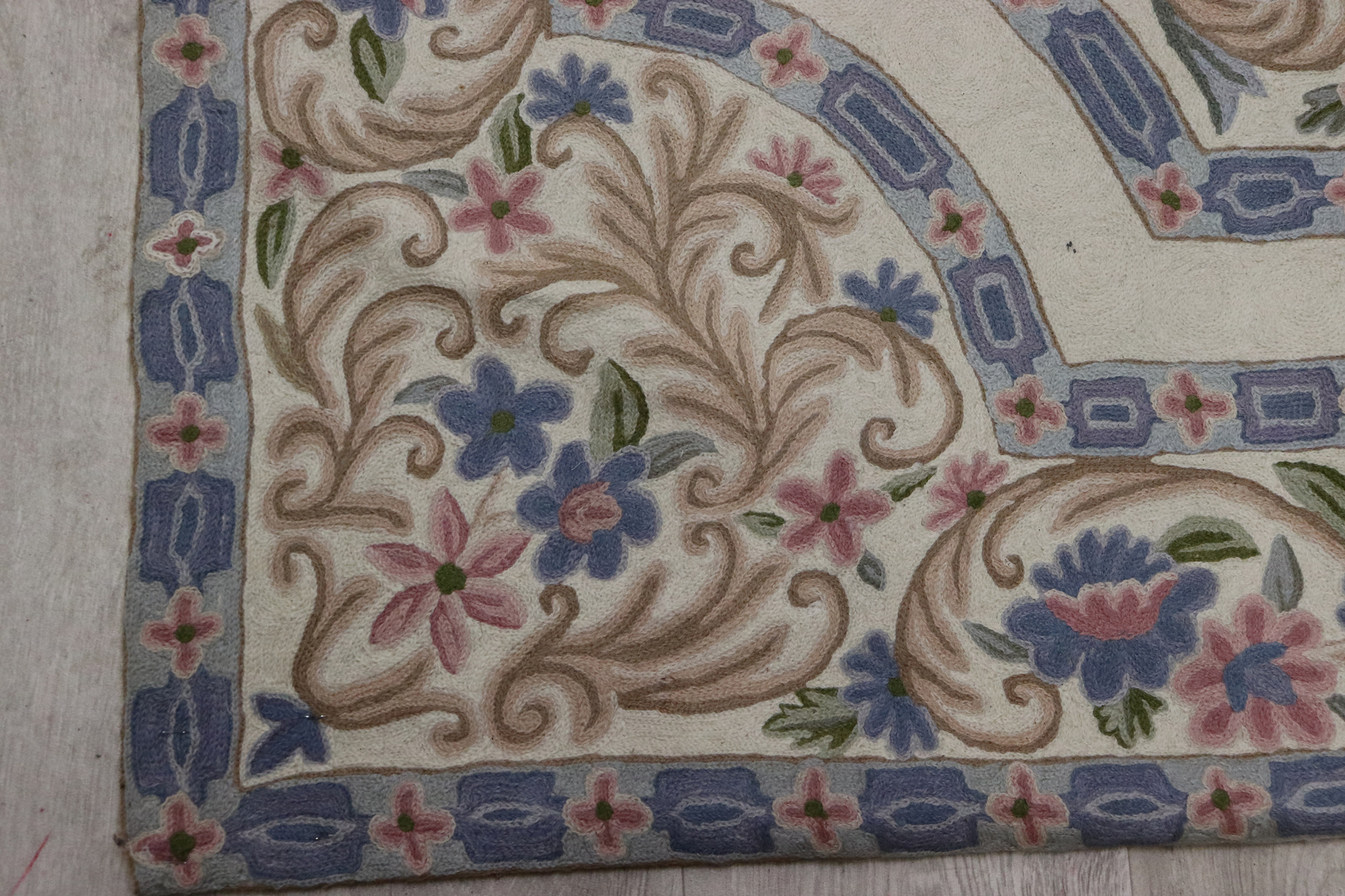 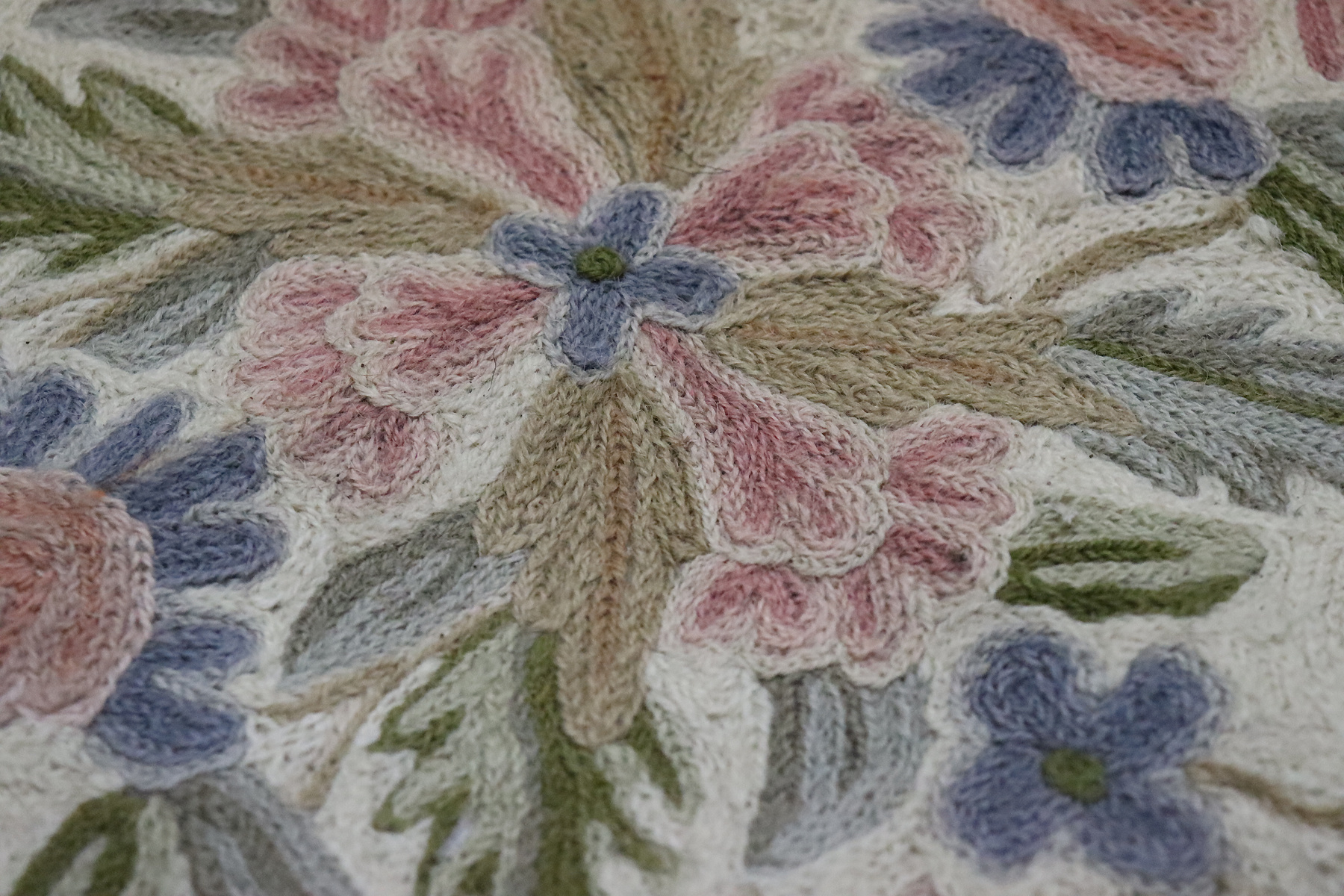 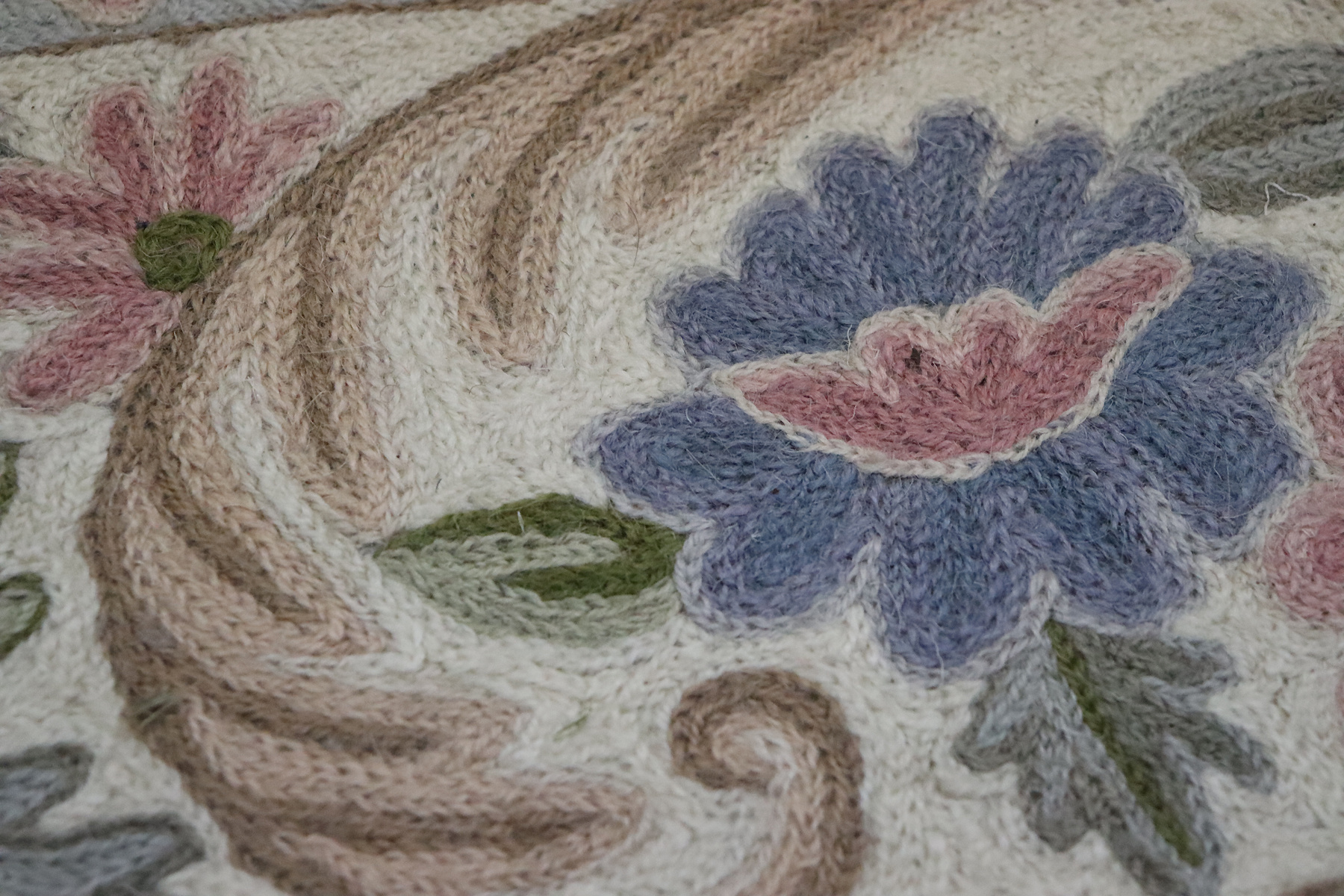 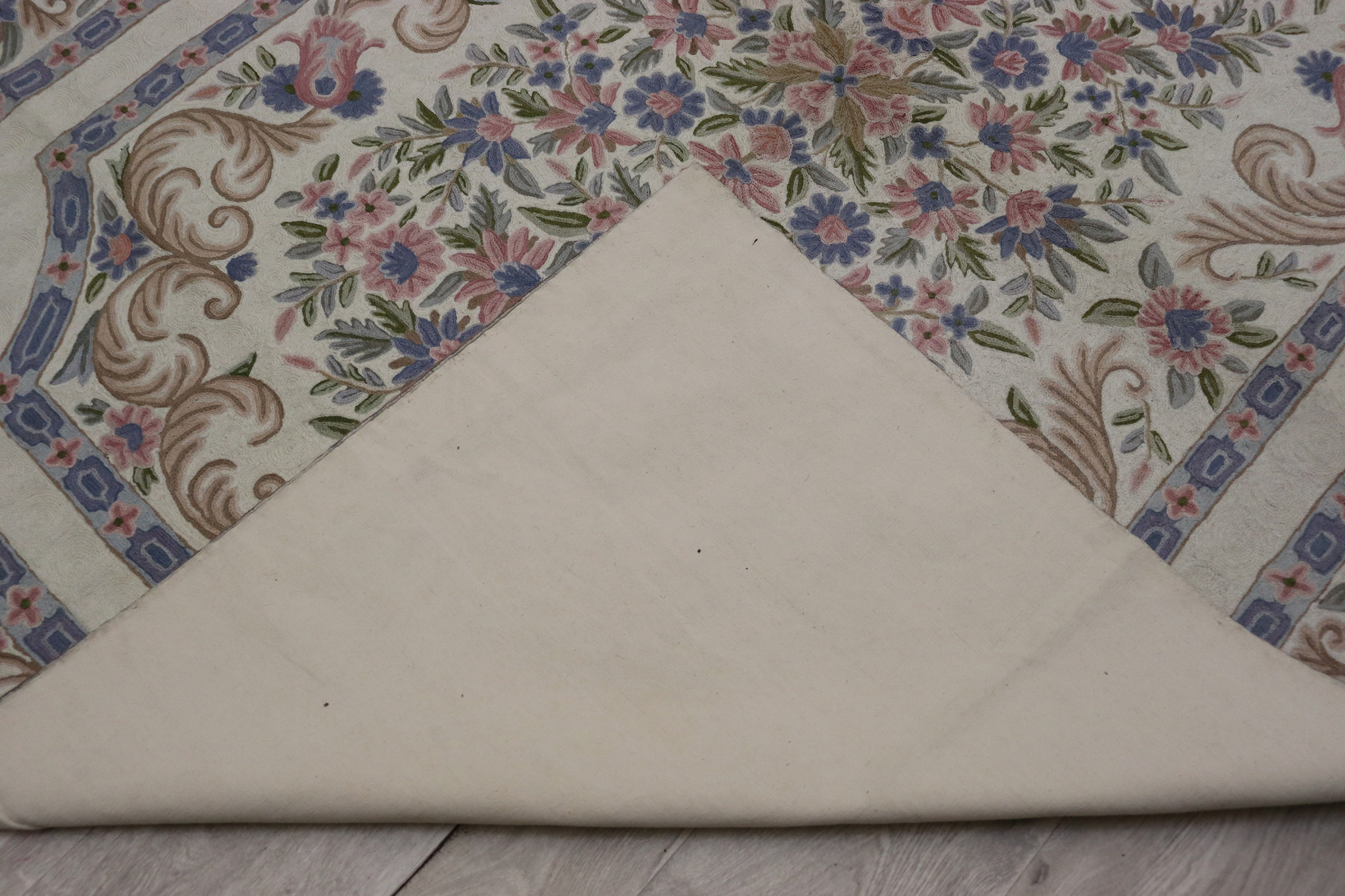 208x160 cm
-wool /cotton foundation
-wool embroideriesThese intricate and lovingly-made textiles can be used in so many ways to add texture, romance, and delight to any room.