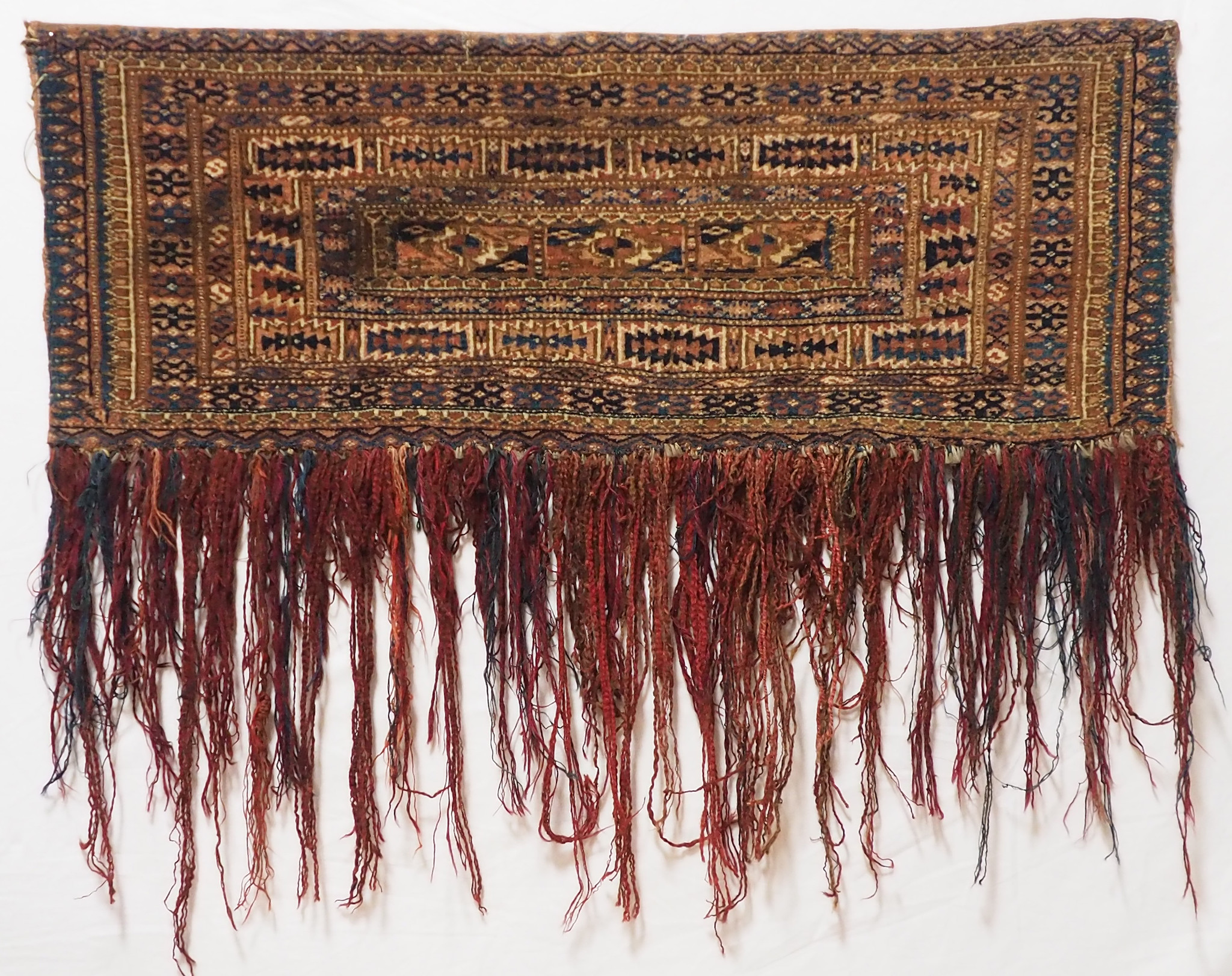 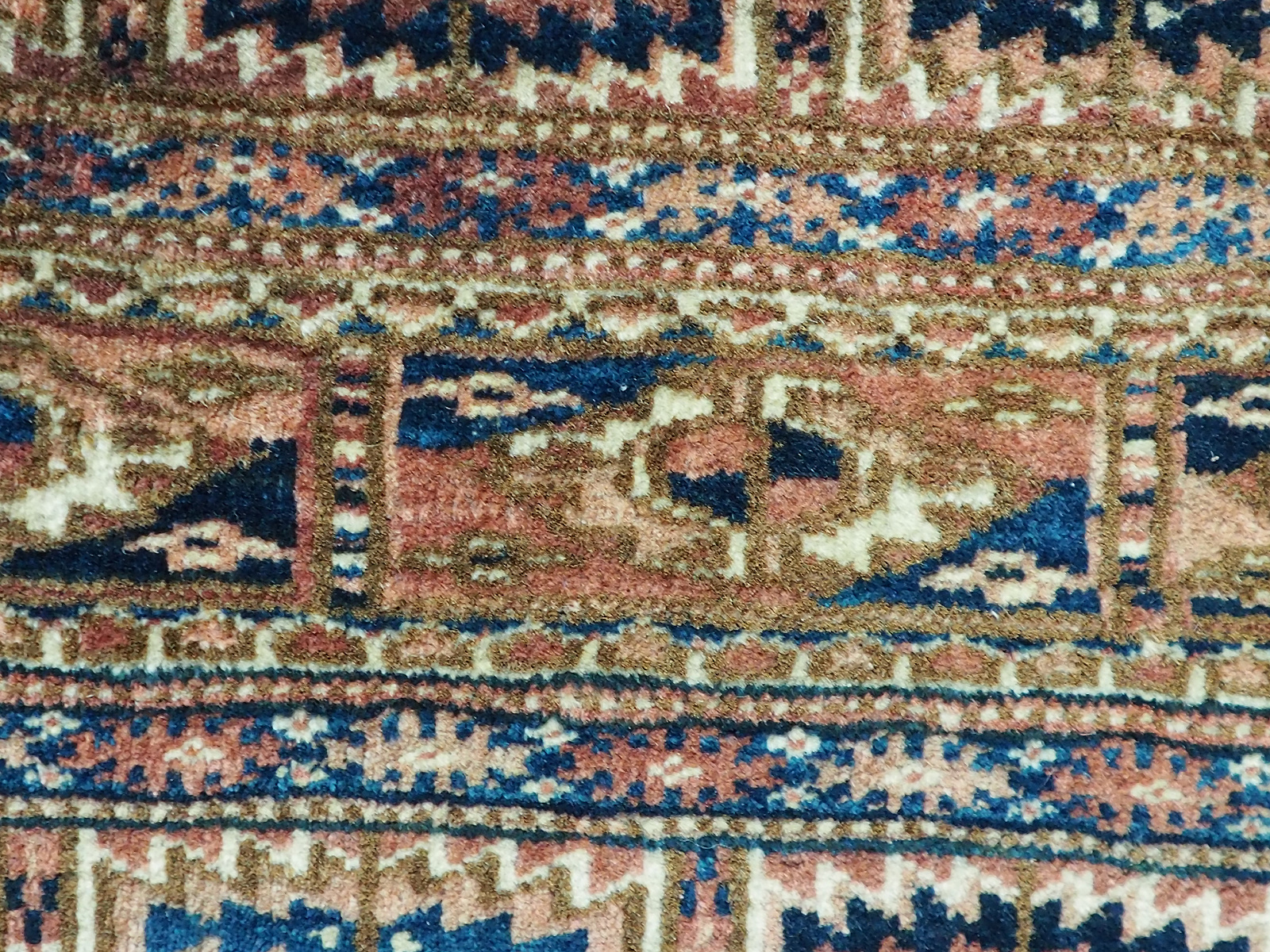 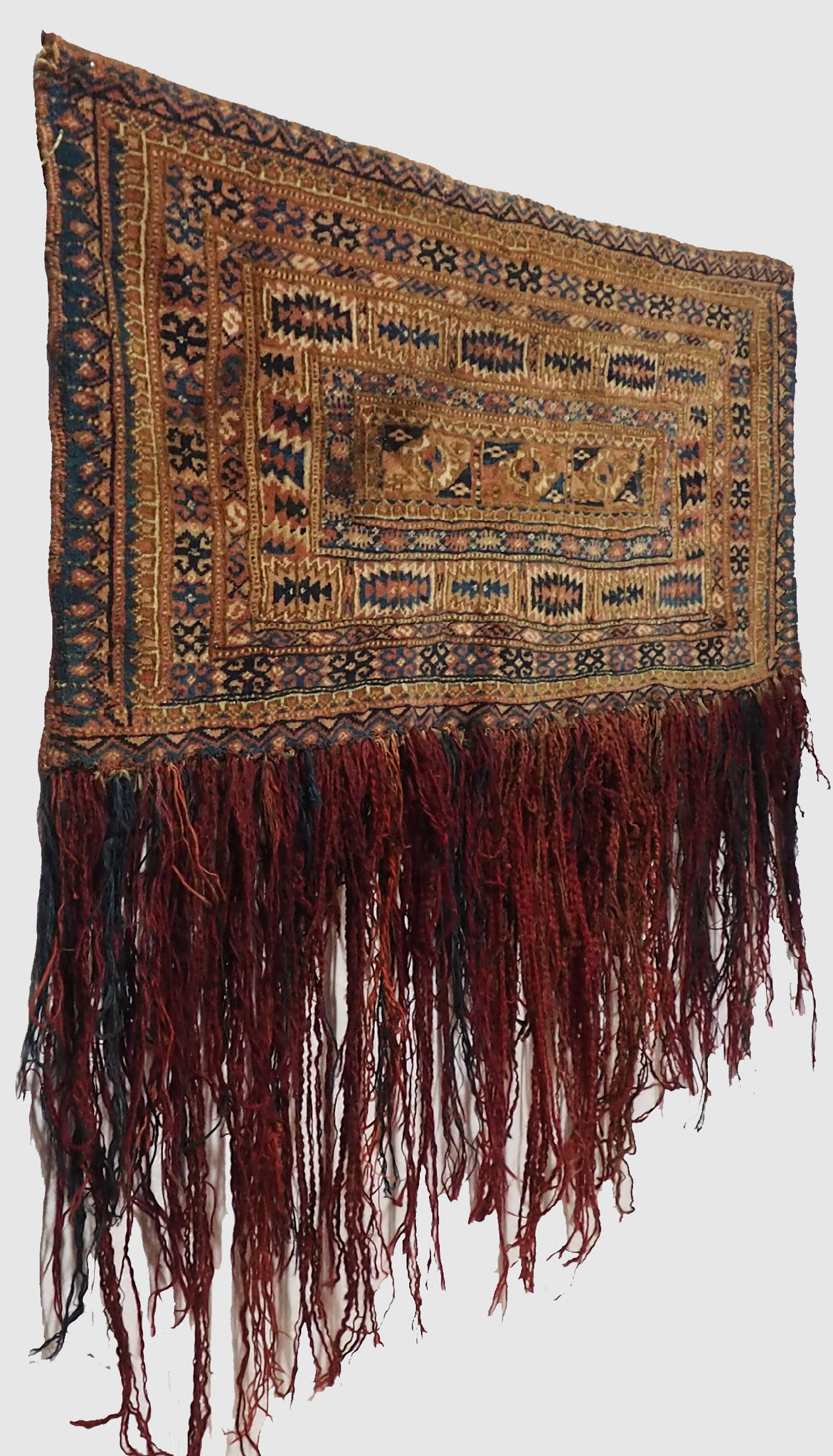 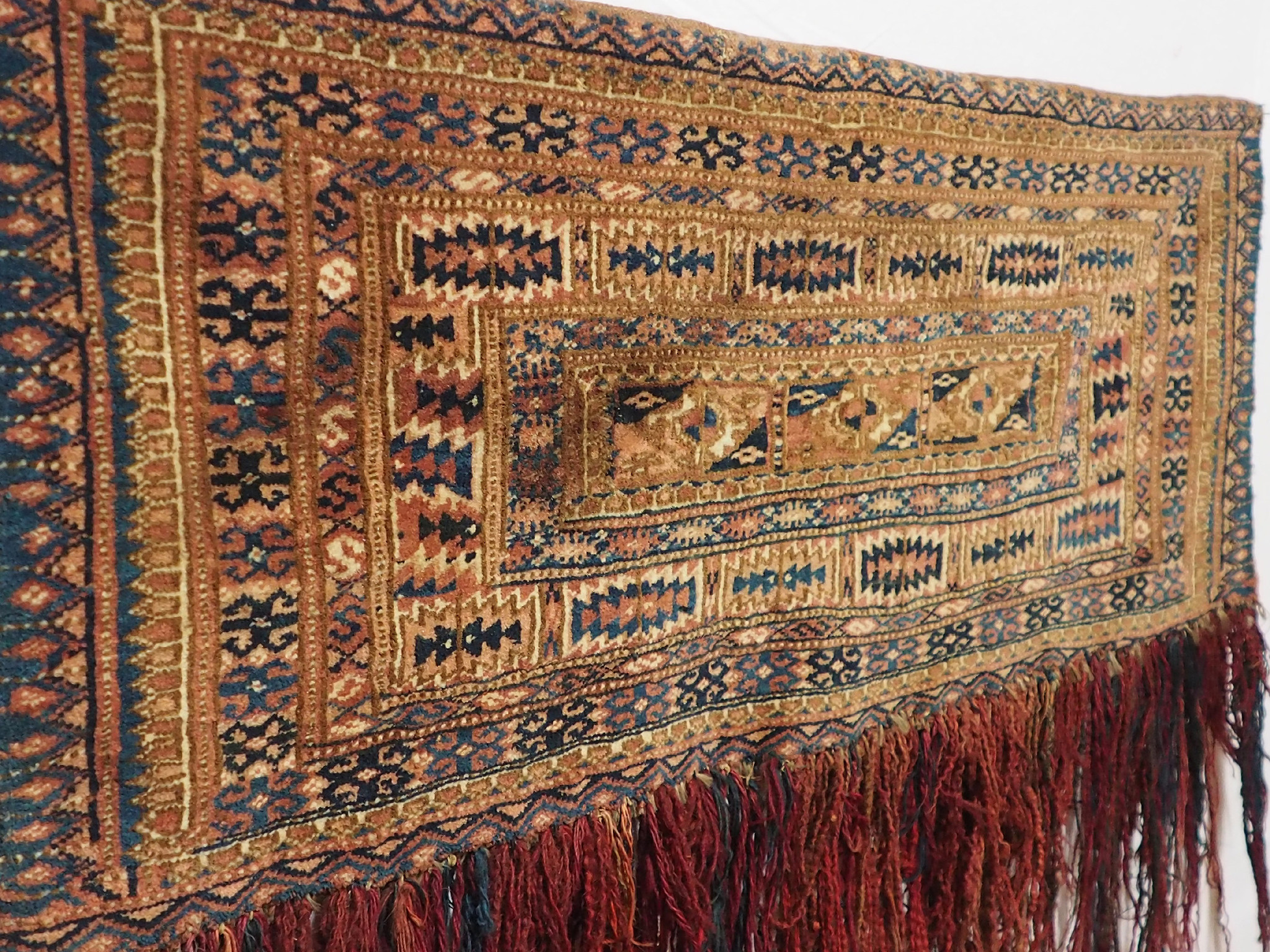 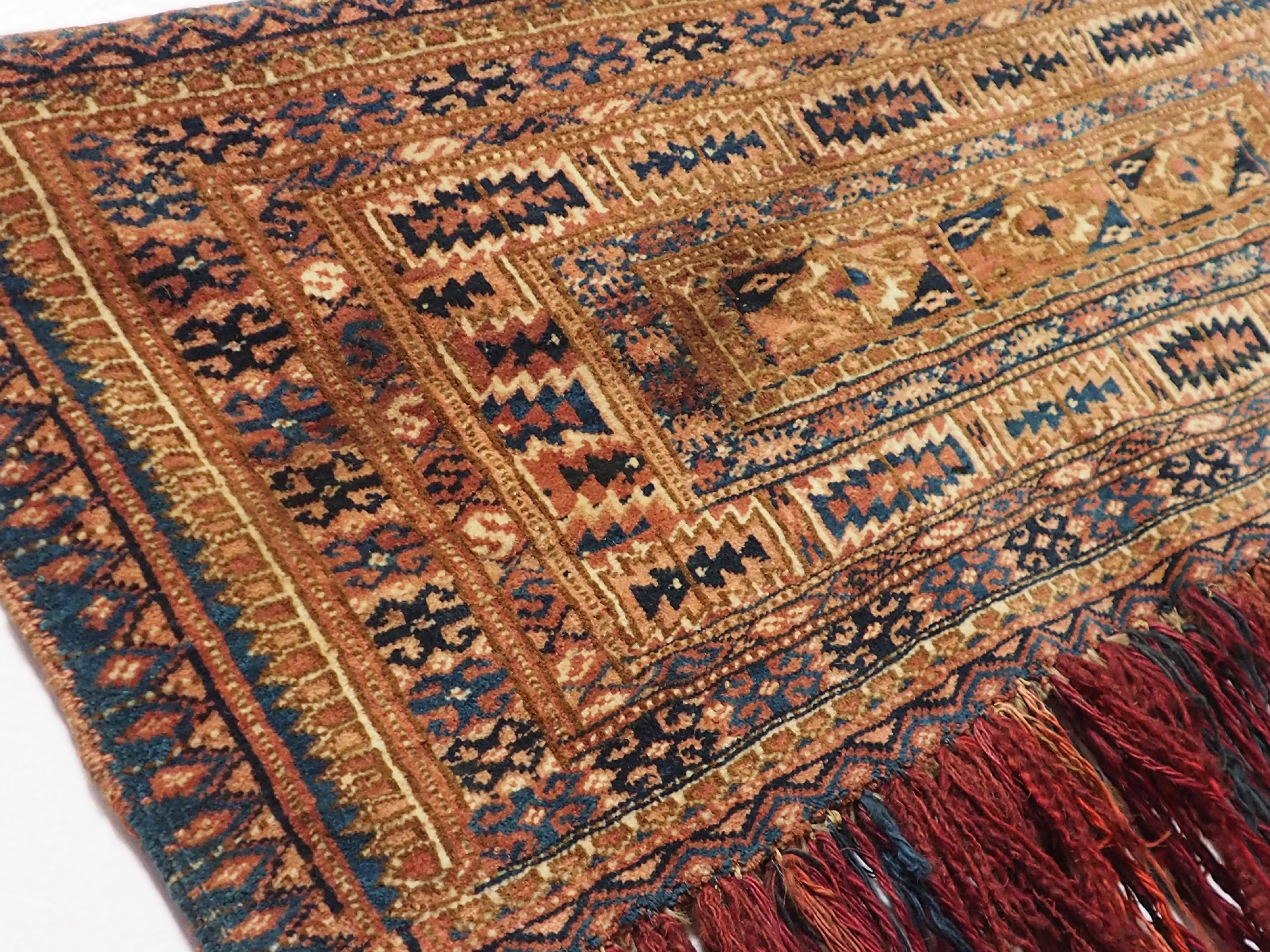 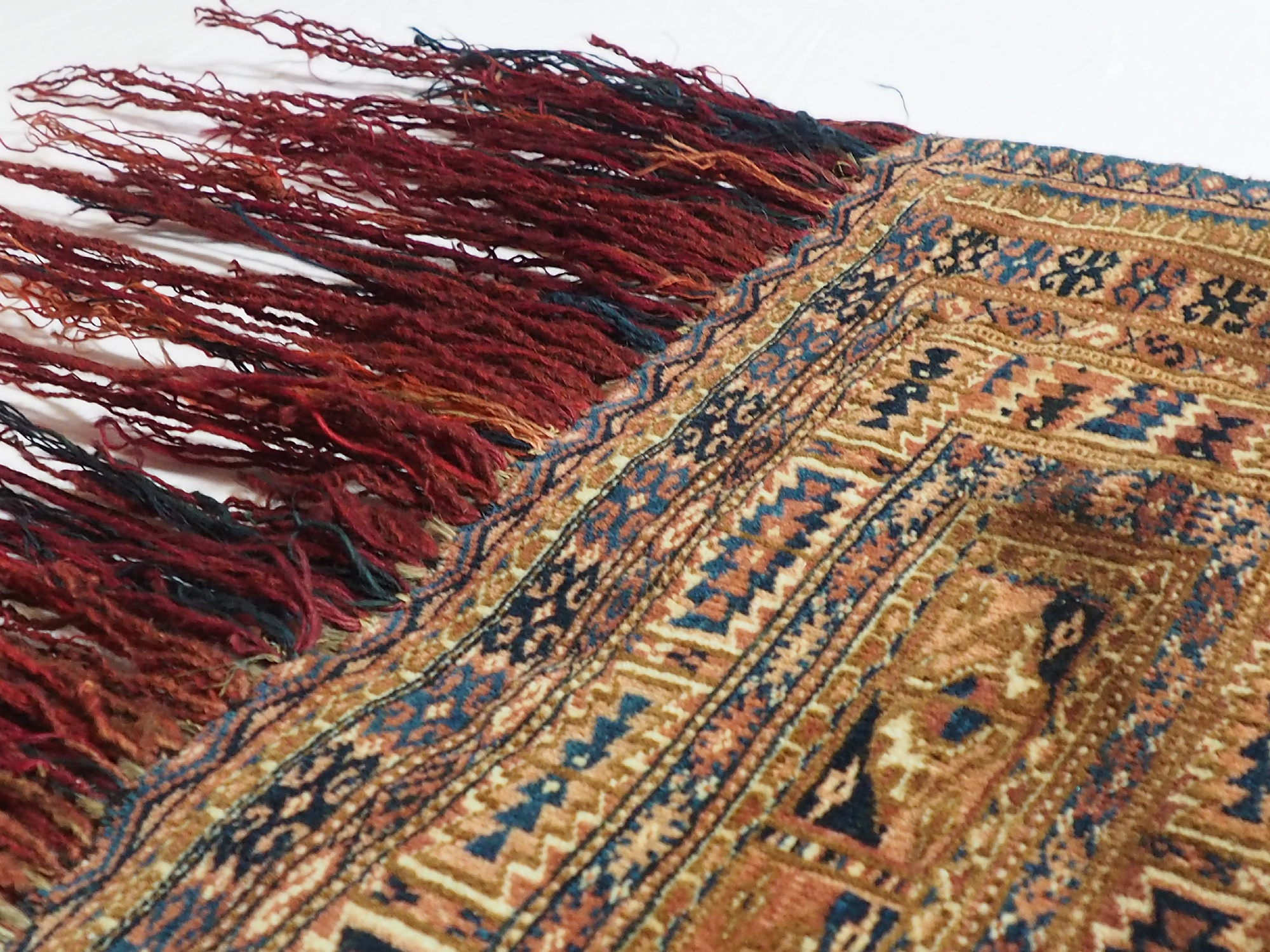 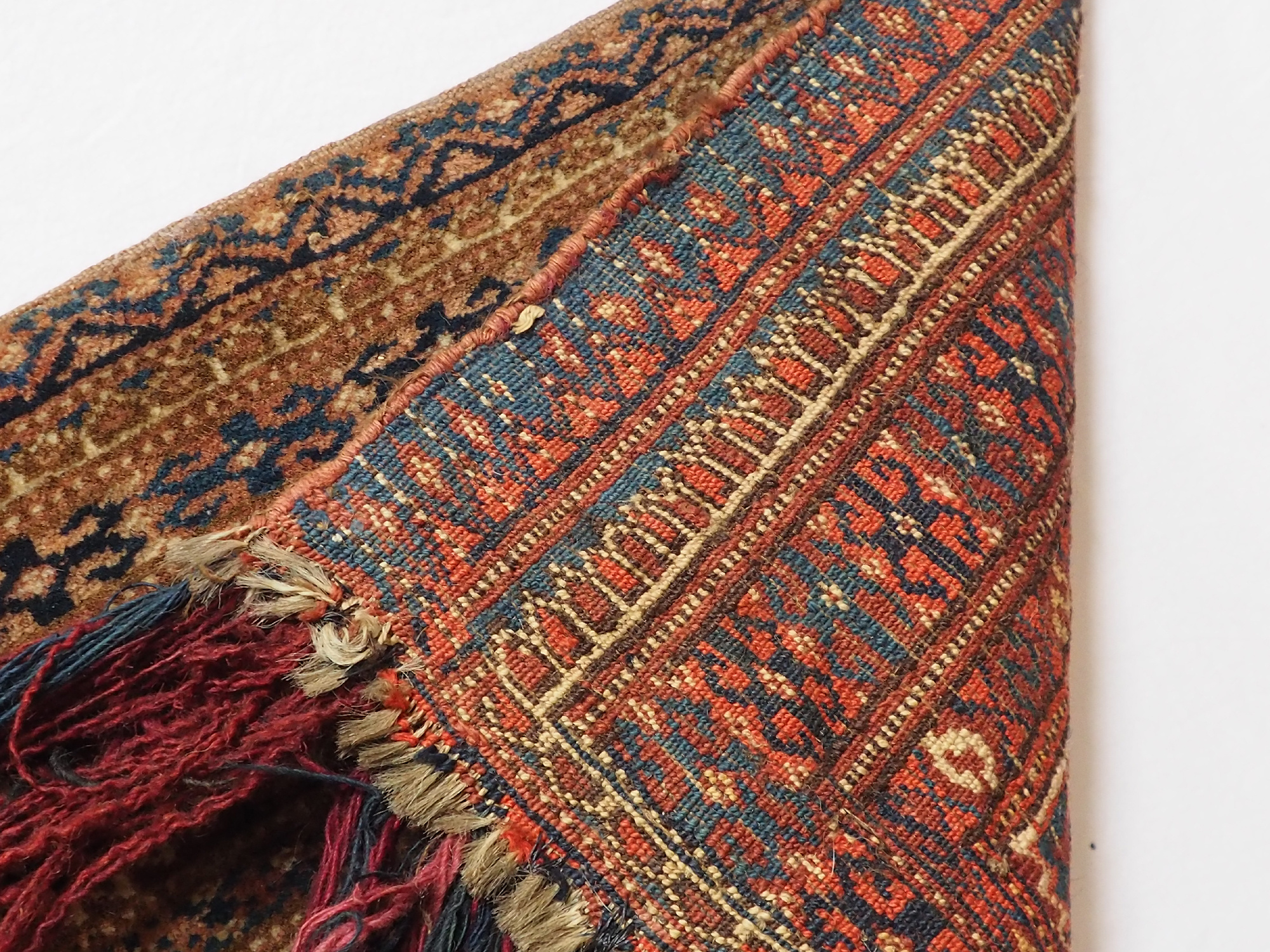 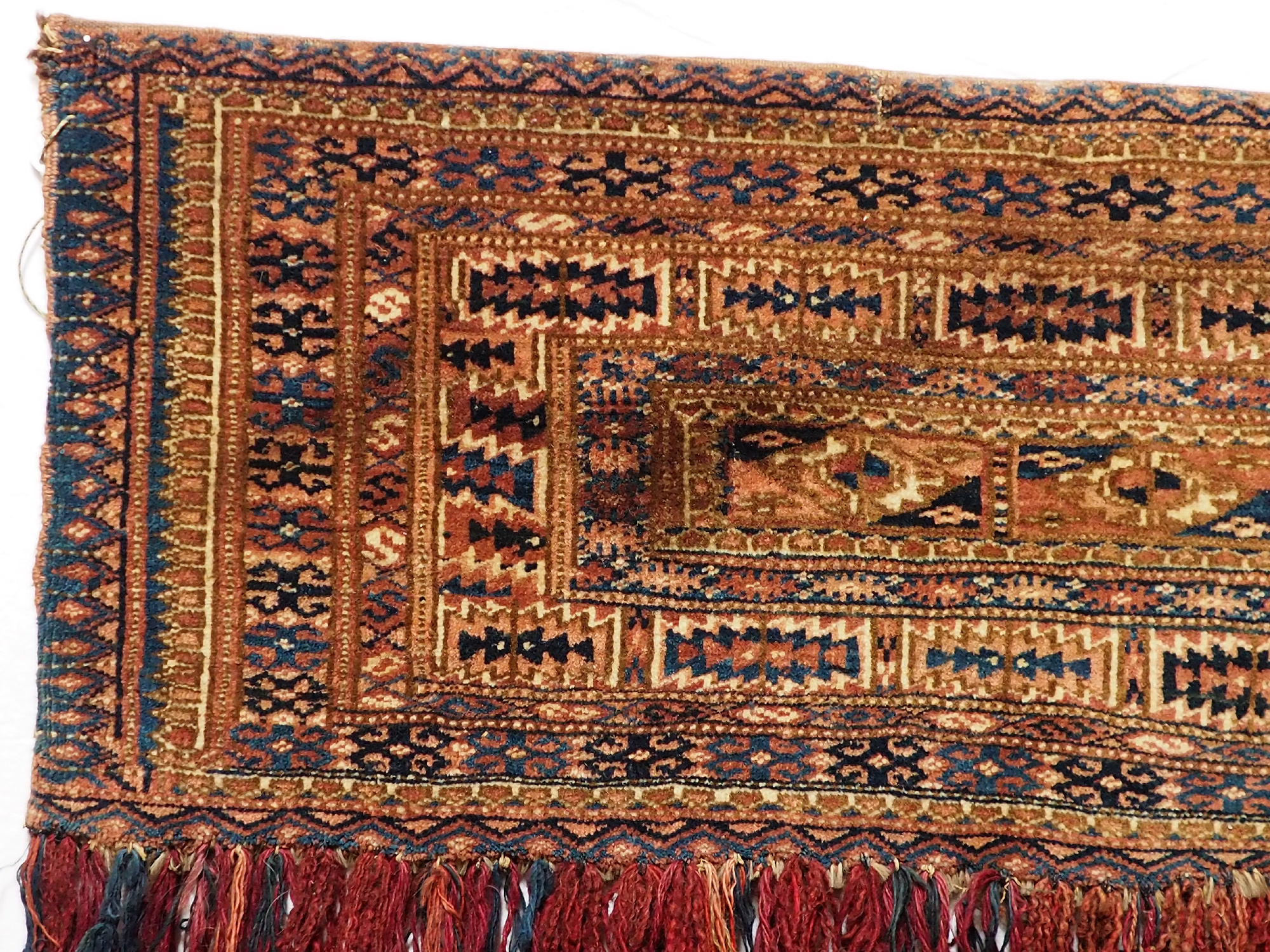 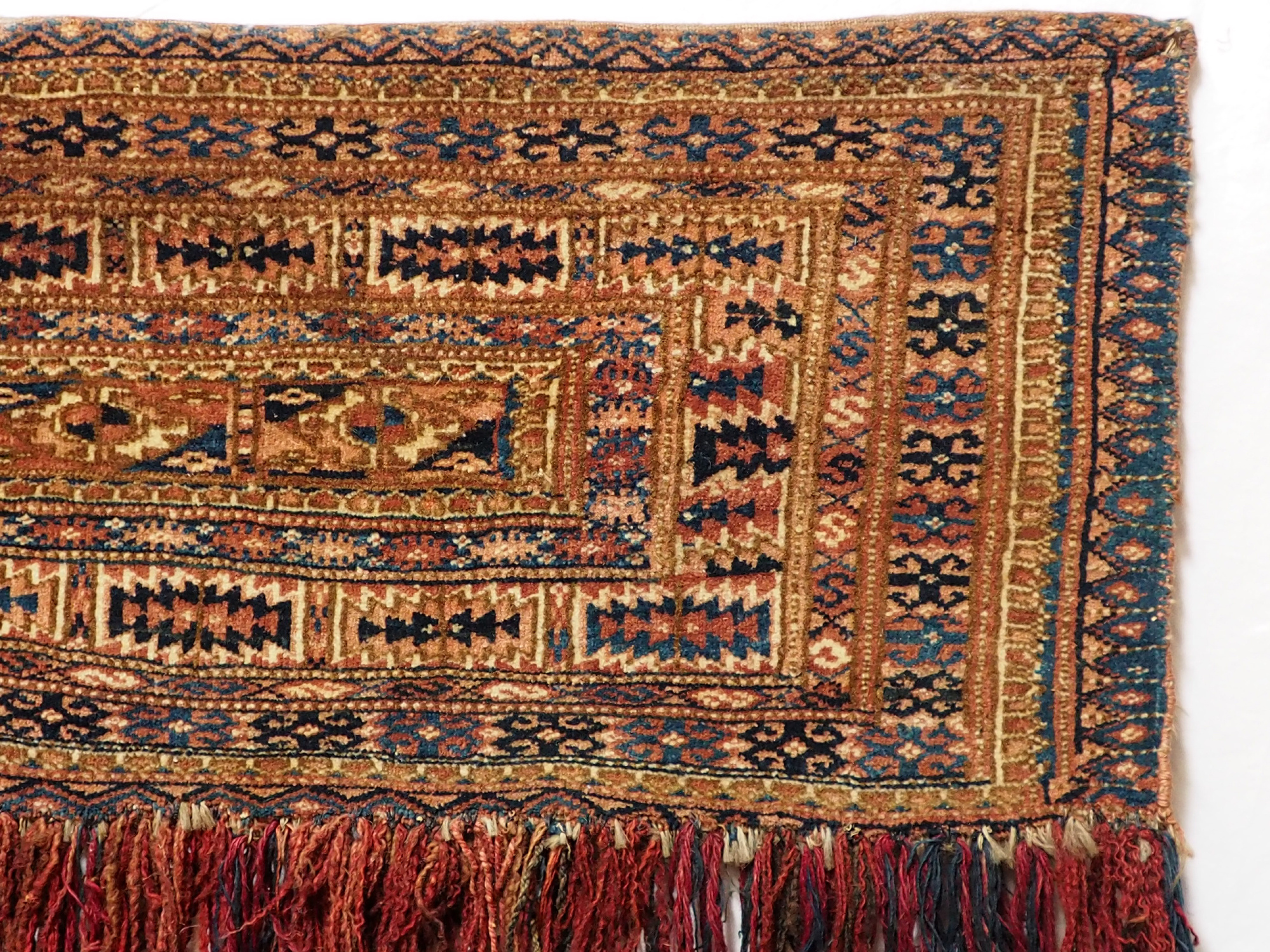 Colours and Design: Madder red with blue, beige and orange. Geometric pattern: of a pair of main turret guls.

Condition/Age: Low pile & mellowed colours consistent with age. Top end secured. without back
It dates from the late Nineteenth/first quarter of the 20th Century.

The Tekke were the largest and most dominant of the Turkoman tribes. With the completion of the Central Asian Railway in 1888, the Tekke Rugs were the first Turkoman Rugs to be exported in large numbers.

Tekke Turkoman Rugs have a distinctive weave. They are made with handknotted wool pile formed by asymetrical knots tied onto ivory coloured wool warps. The weave structure is flat (a non-depressed construction).

The emblem that repeats in the field of the rug is known as a “gul”. This means flower. Each tribe has it’s own gul – a tribal emblem. In the repeating pattern there is a main gul and a minor gul.

Traditionally the rugs (and other tribal weavings) were made for the weavers own nomadic use and they were also seen as assets to be sold-on in times of need.

A “Torba” is a type of small nomadic storage bag used for carrying small possessions like jewellery, etc.

Due to the useful size of these decorative items, on export, the backs of these bags were usually removed and their life began as a rug.

This type of Turkoman Rug is perhaps the most visually striking of all Turkoman weavings. Ideal for use on the floor or as a stunning display piece.
)

If you have further questions about this article, we are at your disposal! We will send you more pictures if needed upon request!