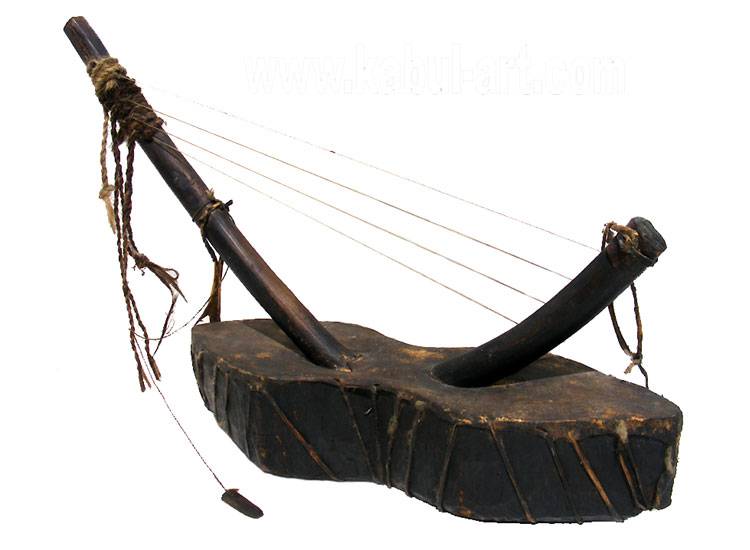 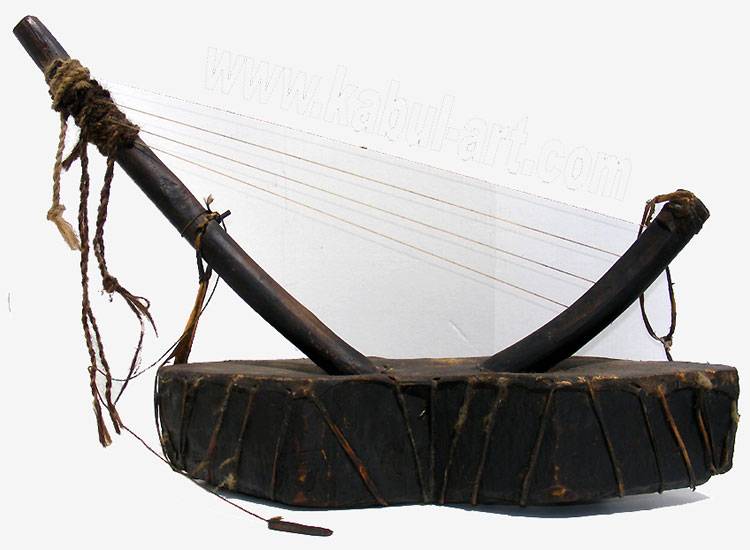 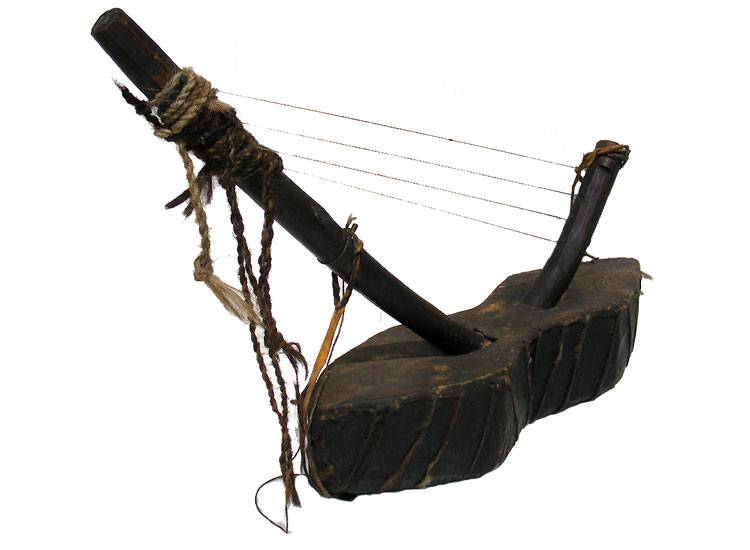 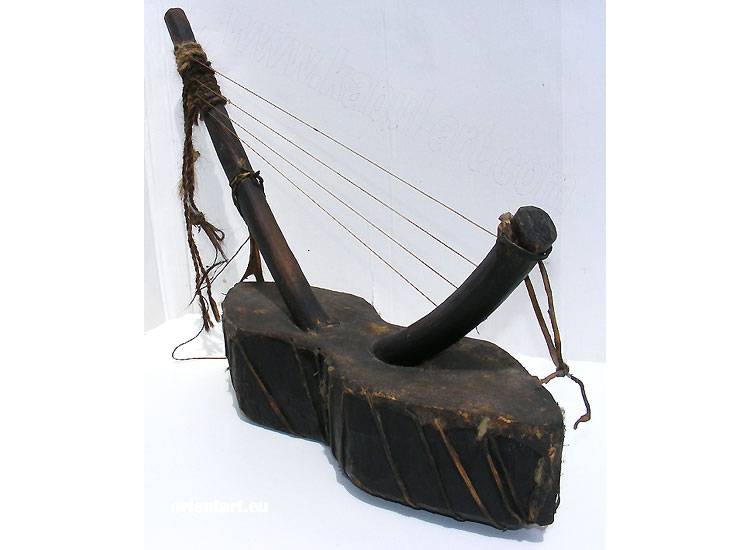 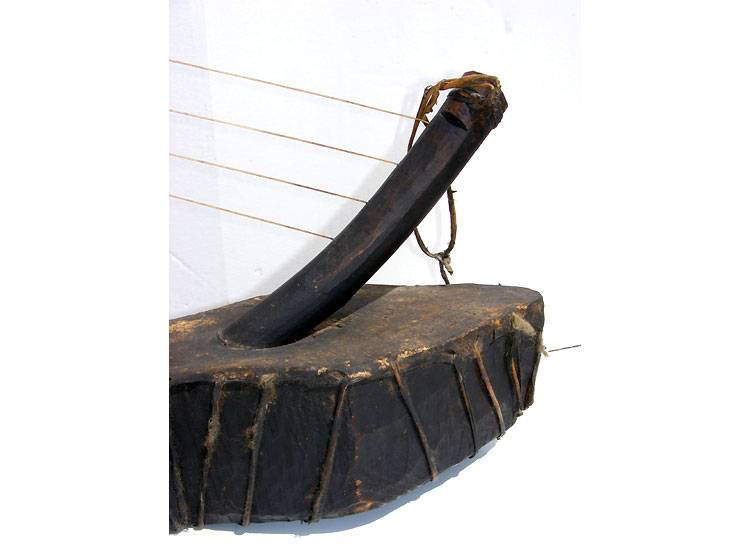 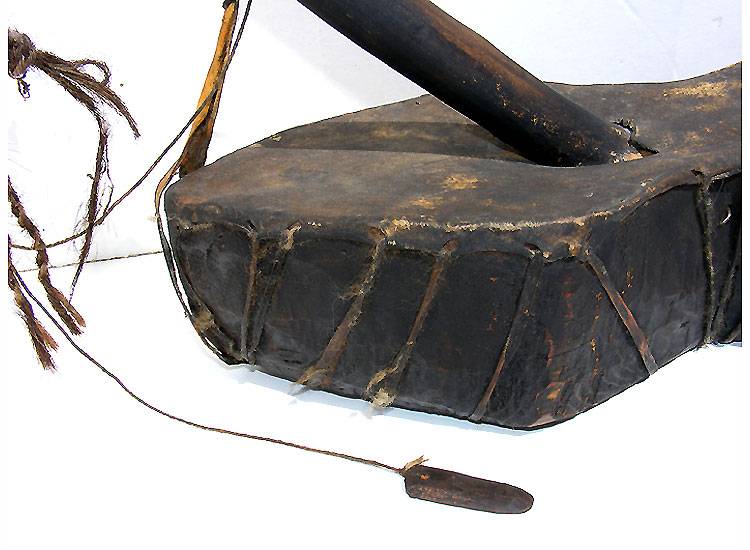 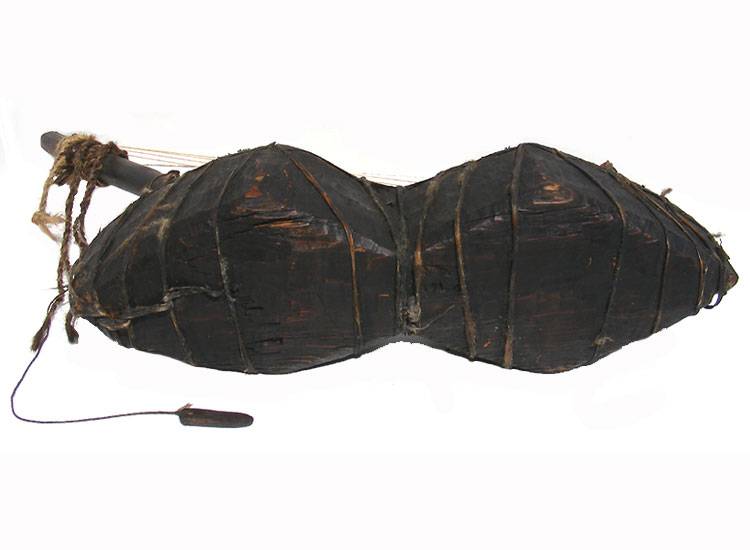 antique afghanistan Nuristan kohistan music instrument harp waj wuj
It consists of four strings of twisted fiber tuned in a tritone, i.e., in intervals of a major seëond. A cross between a harp and a musical bow, it is closer to the latter. The wooden figure-eight-shaped resonating chamber is covered with a goatskin head which serves to transmit the sound from the strings into the chamber. The four strings (Traditionally the strings were made of tendons from the backbone of a deer) are secured across the span of a curved piece of hard, dark, brown wood which passes through the center of the head at two points and is secured at either end by strips of hide lashing. Length; 44 cm.; height 38 cm and deep 11 cm .

Traditionally the strings were made of tendons from the backbone of a deer.